Hesperia, CA
Congressman Paul Cook at a town hall Hesperia, CA 4/17/14, spoke to constituents. He said there will be no amnesty this year. There has to be solid border control and E Verify. He does not support Congressman Jeff Denham’s ENLIST Act that would grant legal status to illegal aliens who enter military service, because Congressman Cook said you cannot trust this administration.
http://cook.house.gov/

During the protest,  illegal aliens and their supporters stopped those who they viewed as  foes from walking on “their side of the sidewalk for their group only” on the public sidewalk in front of  the Department of  Homeland Security ICE/USCIS office. At 1:15 in the video the man says, “Lady, please don’t go inside our lines (they were on a public sidewalk in front of Homeland Security). GO INSIDE YOUR GROUP. DON’T GO INSIDE OUR GROUP. It’s your own personal responsibility. If you still doing what you are doing. You better stay over there.”  Protesters were chanting, “NOT ONE MORE!”  There was a banner beneath the Homeland Security emblem with instructions in Spanish and English to call congress and demand that all deportations be stopped.  NOT ONE MORE DEPORTATION http://www.notonemoredeportation.com/ 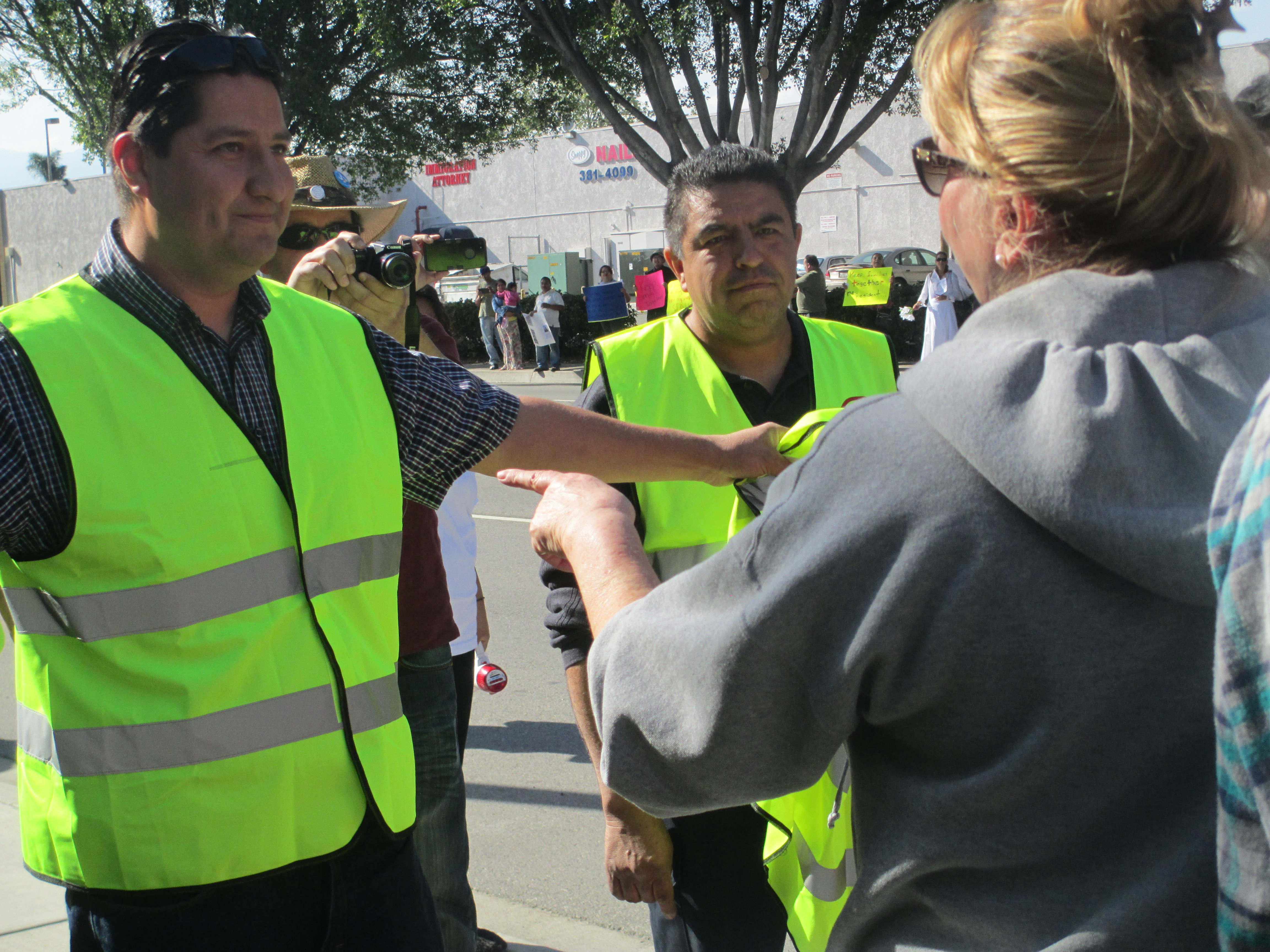 NOT ONE MORE DEPORTATION protesters chant Not One More Deportation – then surround video camera. 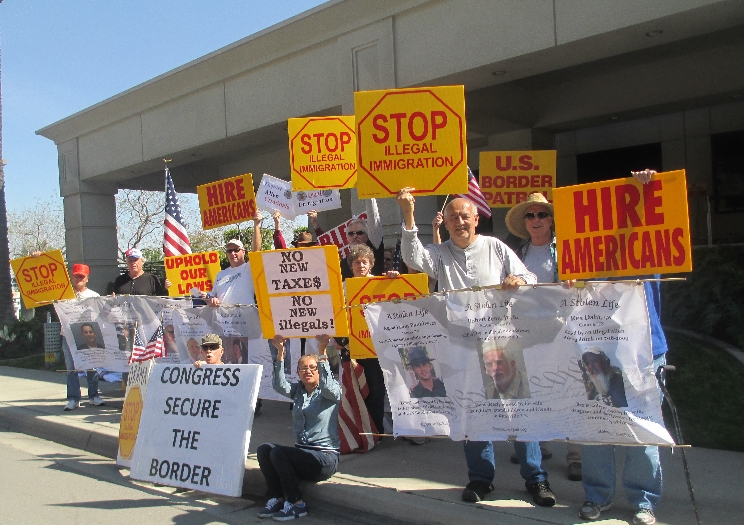 PRO USA COUNTER RALLY during NOT ONE MORE DEPORTATION PROTEST, in front of the ICE/USCIS Field Office San Bernardino, CA 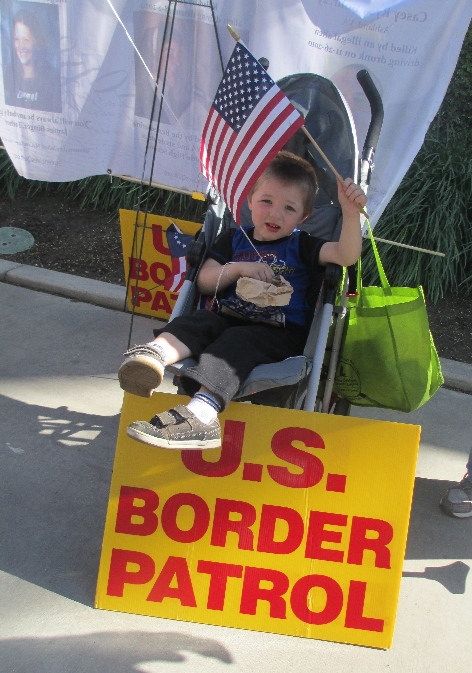