The Pomona City Council Voted AGAINST the proposed moratorium that would have stopped the impounding of only illegal alien drivers’ vehicles.

The force behind the defeat of the moratorium in Pomona is the group Citizens for a Better Pomona, which Carol Schlaepfer heads up.  When the moratorium was introduced, Carol and her group mobilized opposition within Pomona and then reached out to coalitions such as We The People Rising, NCIR and the Redlands Tea Party Patriots, in a show of community strength.

Santa Ana Mexican Consul of Press Arturo Sanchez met with the supporters of  USMC Sgt Andrew Tahmooressi, who are calling upon General Consul Alejandra Garcia Williams to advocate for the release of USMC Sgt Andrew Tahmooressi.  Sanchez said that Consul General Alejandra Garcia Williams would do what she can to assist. A rally was staged in front of the Santa Ana, CA Mexican Consulate http://consulmex.sre.gob.mx/santaana/ to educate and inform the public.

CONTRAST the 2 videos below, taken during a No Amnesty Rally in front of the Westminster Home Depot Day Labor site.

The illegal alien supporter cranks up Ranchero music in the first video during the No Amnesty Rally.  In the second video, a patriot who had his music cranked up loud,  from within his decked out truck during the rally, was cited by officers and ended up with a $100 fine.  Four officers were called on scene and two well-equipped police vehicles staged during the issuing of the citation.

VIDEO #1 – Illegal alien supporter and his vehicle in the Home Depot parking lot.

VIDEO #2 – Patriot cranked up his music and was issued $100 citation, across the street from the rally line. 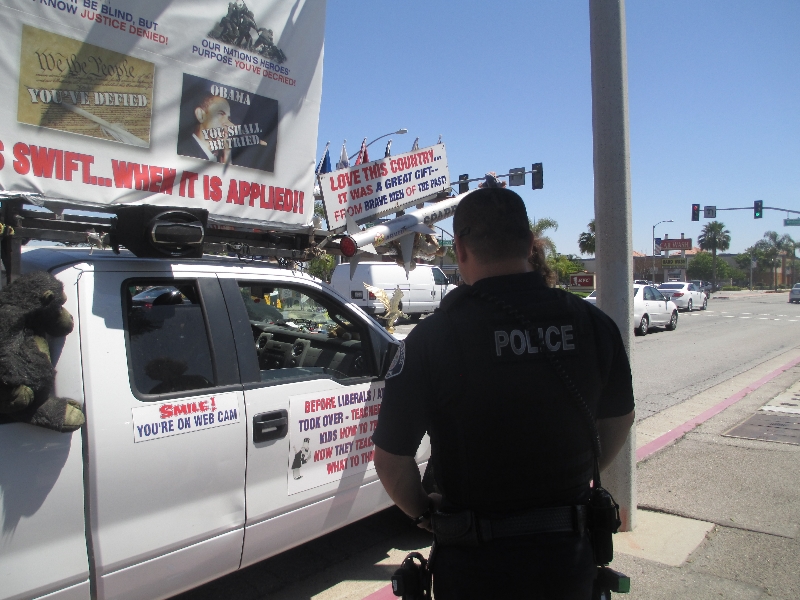 2 police vehicles and 4 officers were on scene as Joe was issued a citation for noise violation. 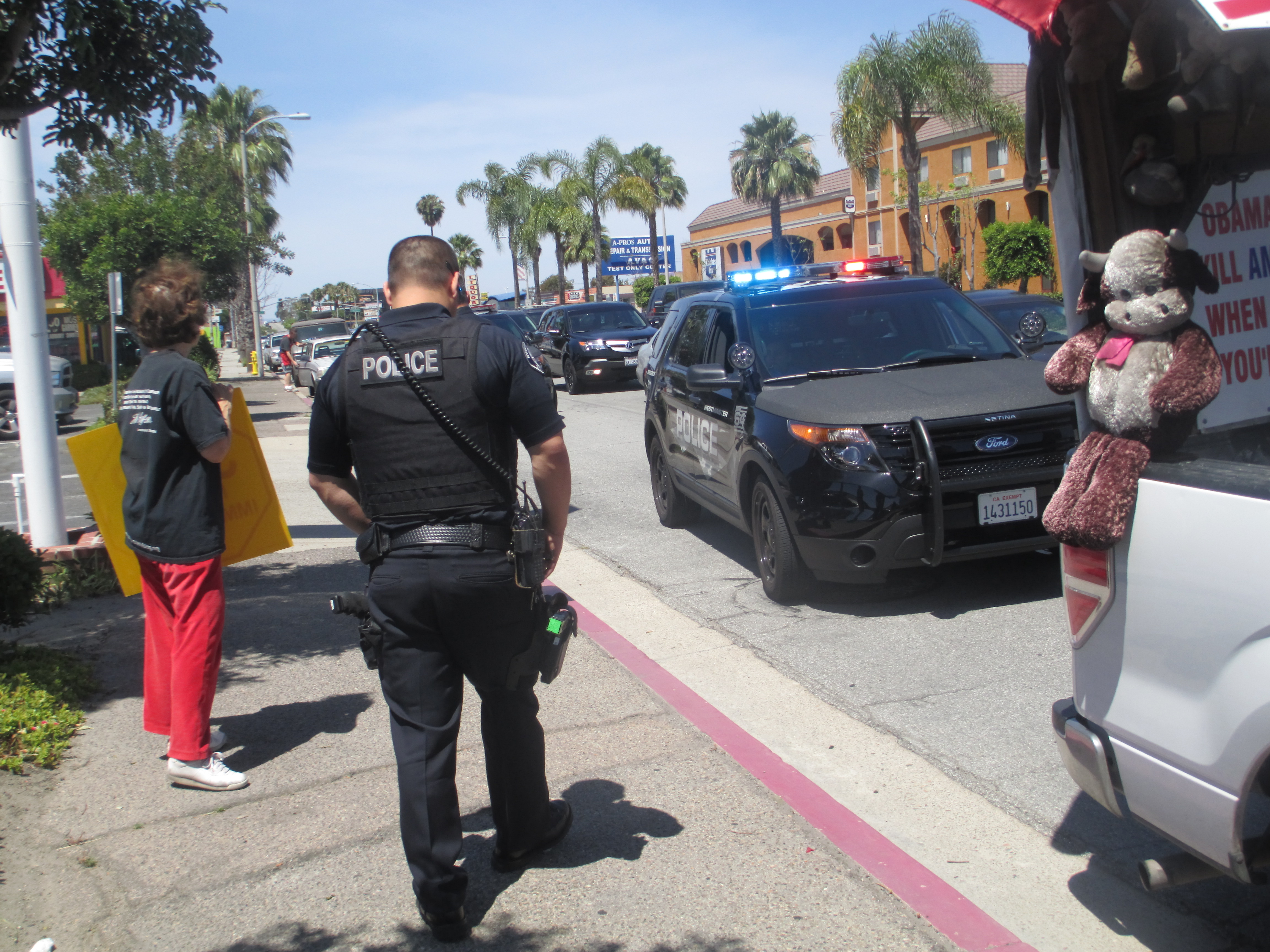 Above, Joe’s truck featuring a stuffed animal, at right in the photo. 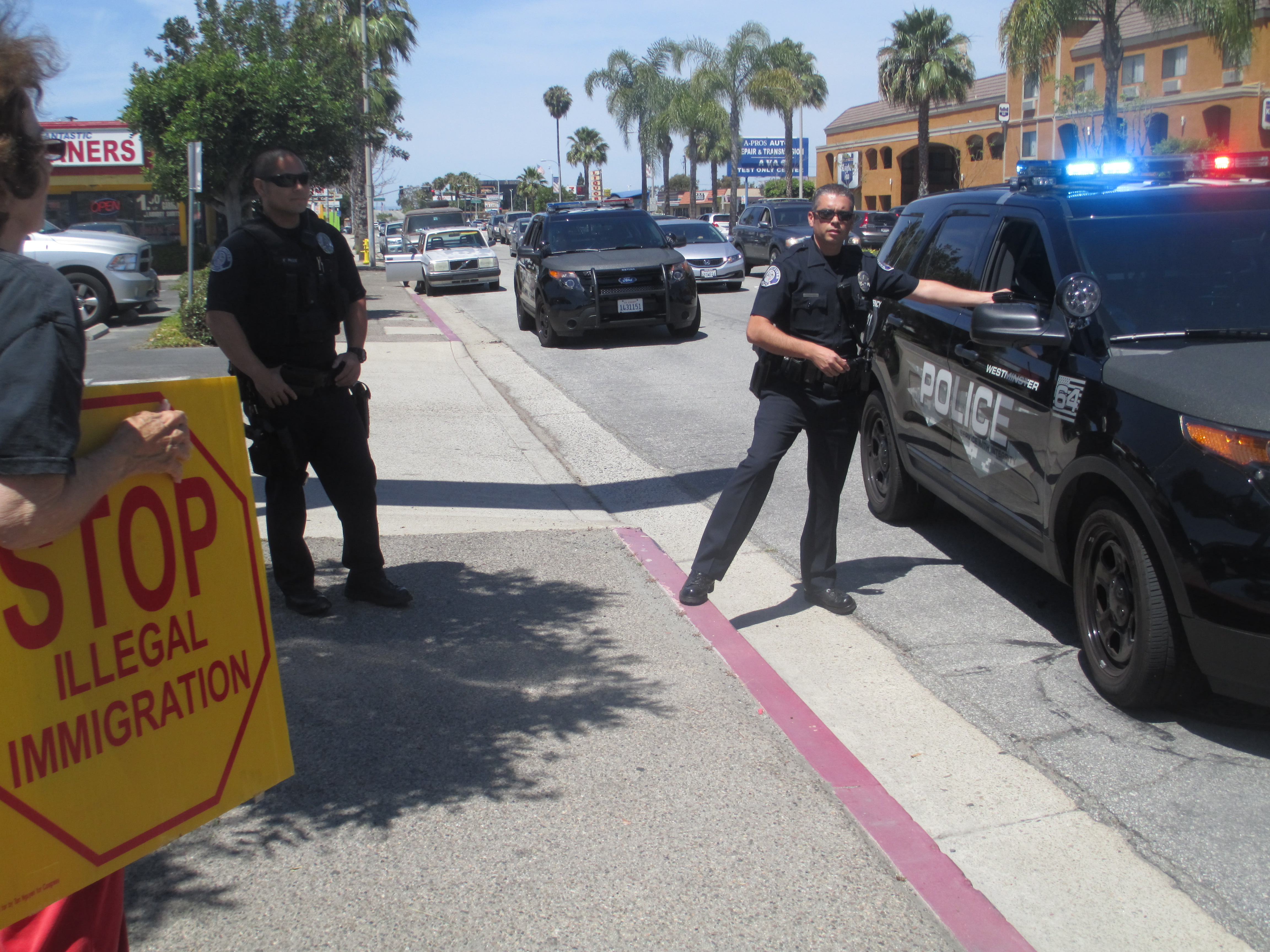 2 police vehicles and 4 officers on scene, to issue the noise violation citation. 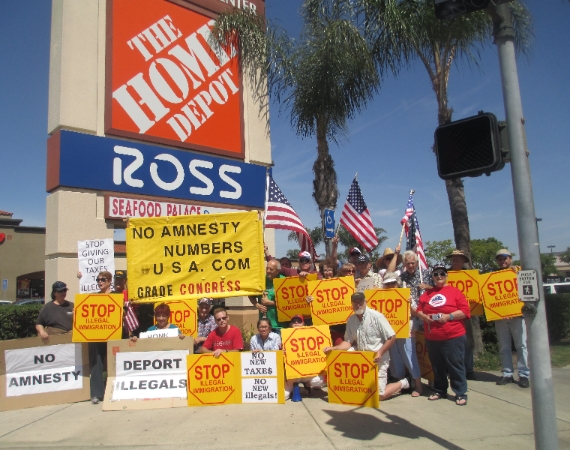