A heavy contingent of law officers were present at the public meeting and staged in the parking lot,  assigning each vehicle to a specific parking spot.
READ THE OC SHERIFF’S DEPARTMENT PUBLIC FORUM AGENDA:
http://ocsd.org/civicax/inc/blobfetch.aspx?BlobID=54019

OC REGISTER PHOTO – protester being removed from the public meeting.

OC REGISTER PHOTO Raul Rodriguez speaks out in support of the 287 (g) program.

The public event was scheduled for a 2 hour forum, which the illegals and their support groups disrupted after approximately 45 minutes. Law enforcement officially dismissed the meeting and removed the protesters to the the area outside of the building.

As the protesters raged in the parking lot area, the law abiding citizens were escorted to their vehicles by officers. 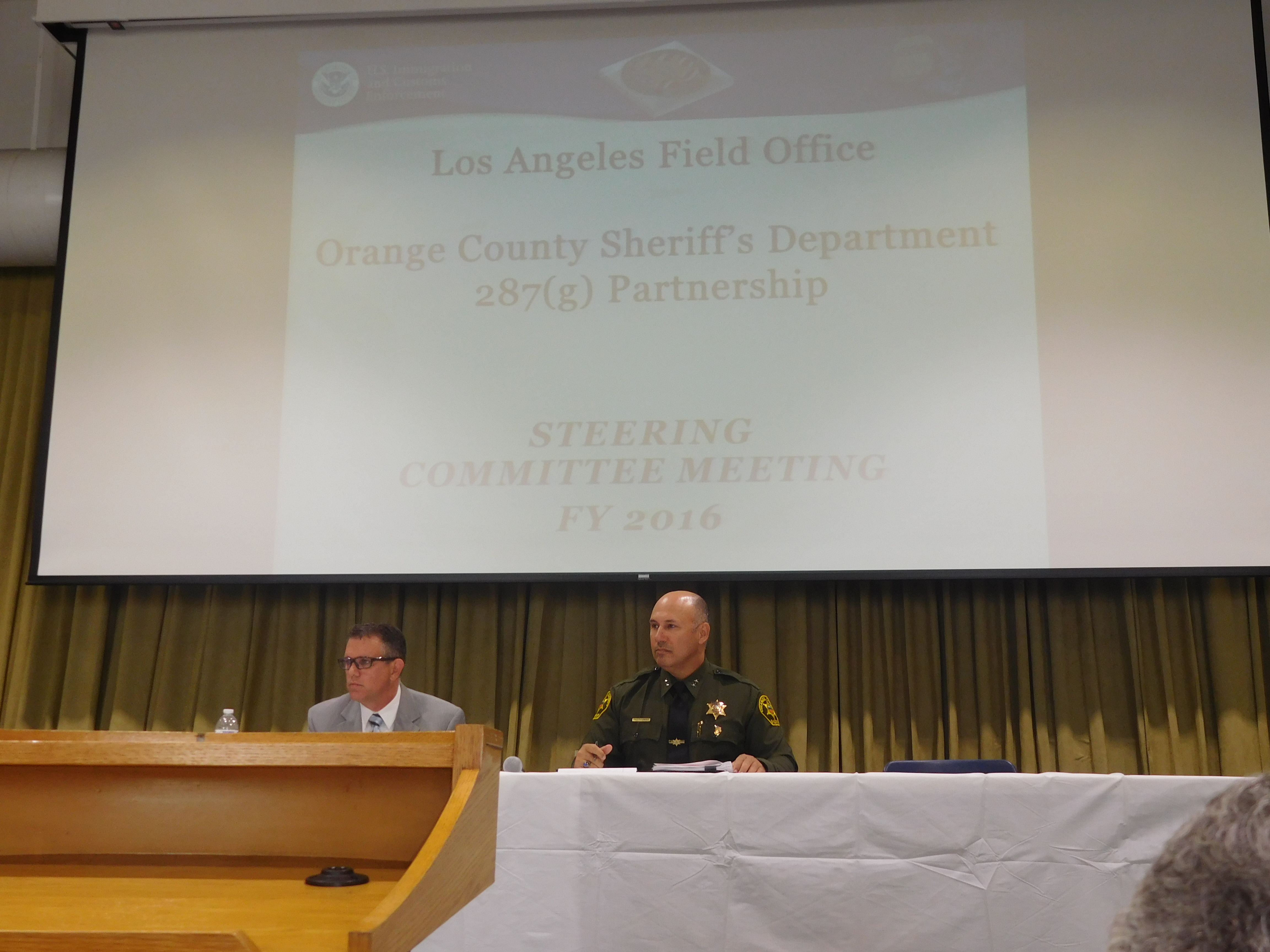 Above photo, before the public meeting was shut down by illegals and their support groups, L.A. Field District I.C.E. representative and an OC Sheriff’s Deputy conducted the community forum. RAIZ was one of the groups that protested at the community forum.http:// https://www.facebook.com/raizoc/ Orange County Immigrant Youth also participated in the protest. https://www.facebook.com/search/top/?q=immigrant%20youth%20orange%20county

The Orange County Sheriff’s Department is the only county in California that has not discontinued its 287 (g) program as the Obama administration has phased out the 287 (g) program and replaced it with new programs that severely limit local officers interaction with immigration officials.

A slide show was presented by the OC Sheriff’s Department, followed by a question and answer segment. 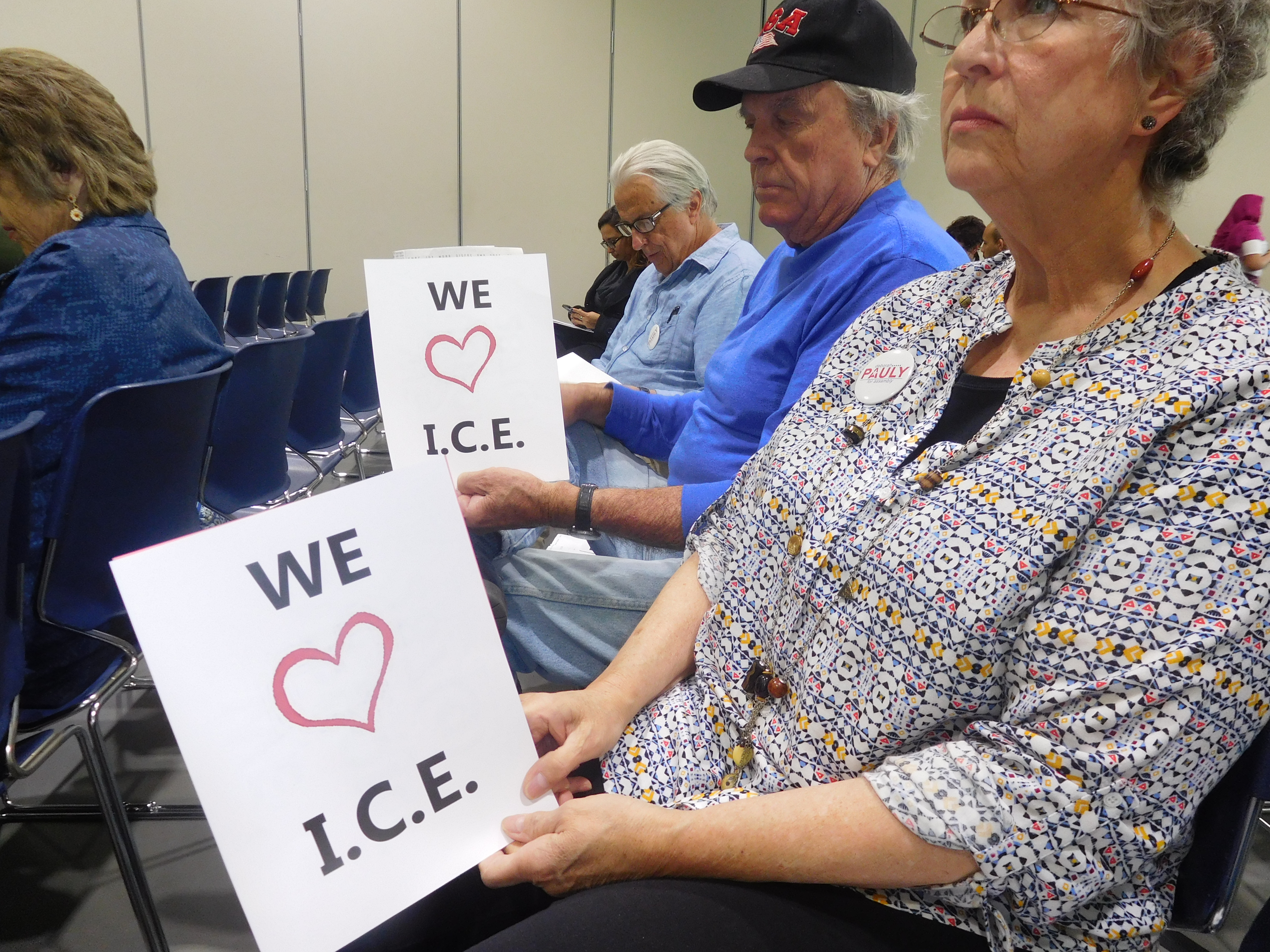 Supporters of the 287 g Program. 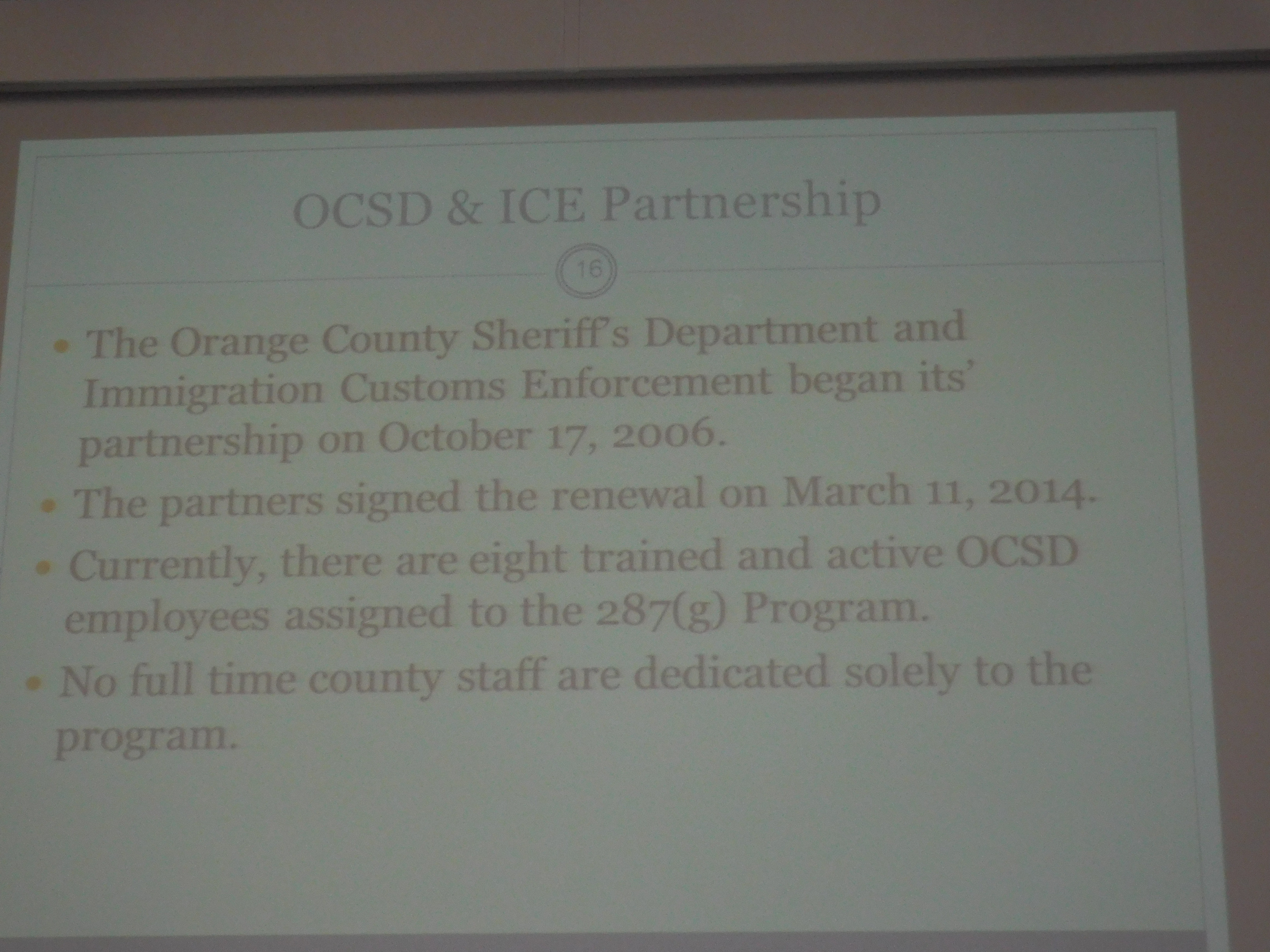 Above screen shot from the slide show.

The OC Sheriff’s Department turns over approximately 45 inmates – only serious convicted felons –  each month to ICE. 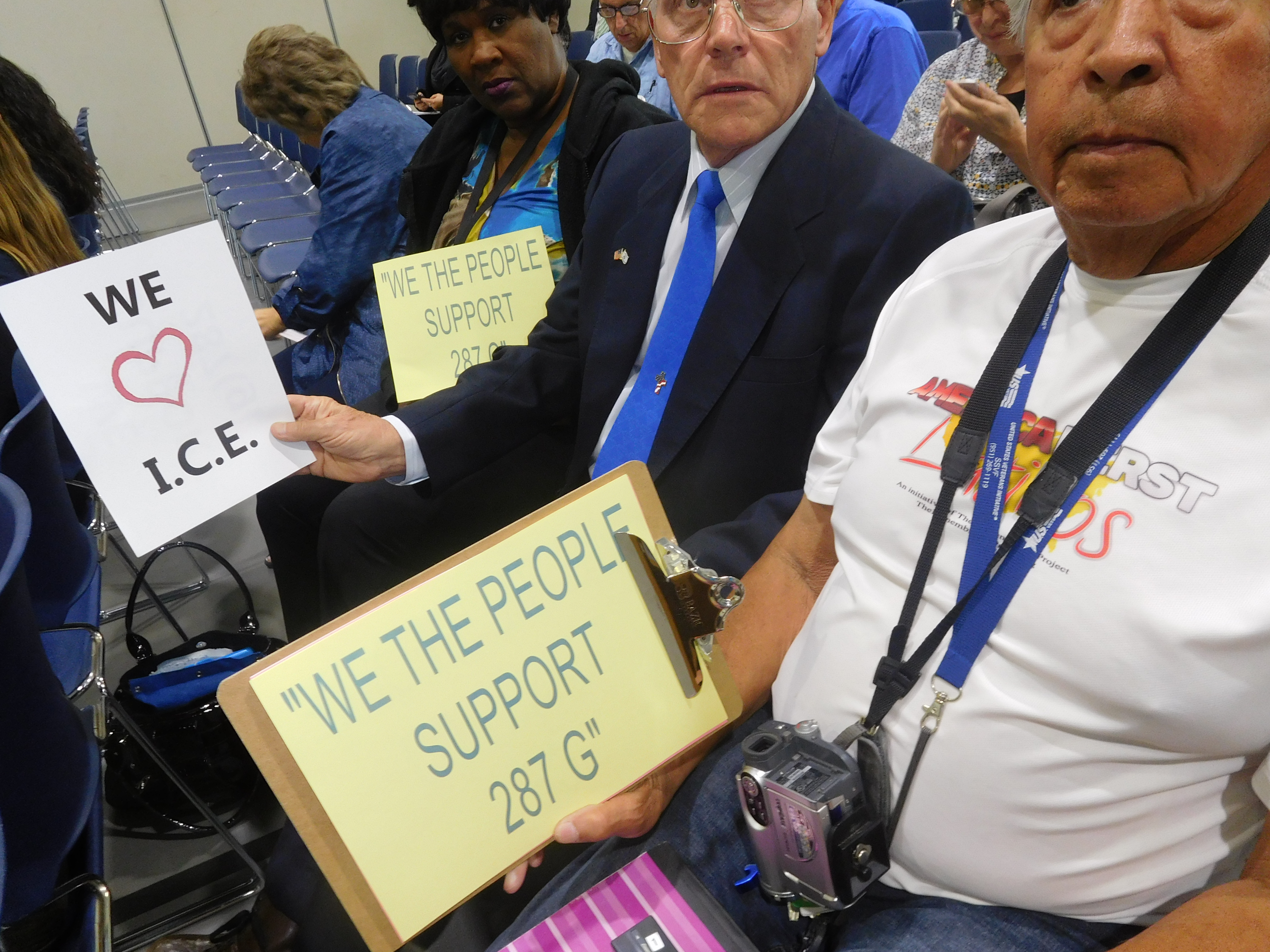 ***287(g) is a program in which local law enforcement, after receiving training by I.C.E., forms a partnership with I.C.E. to deal with criminal illegal aliens rather than just releasing them into the community. Per I.C.E.’s website, Orange County is the only area in California to have signed the memorandum of agreement for this program. For more details and to even see Sheriff Sandra Hutchens’ signature on the 4-9-2010 MOA, go to: http://tinyurl.com/zsr8e2s 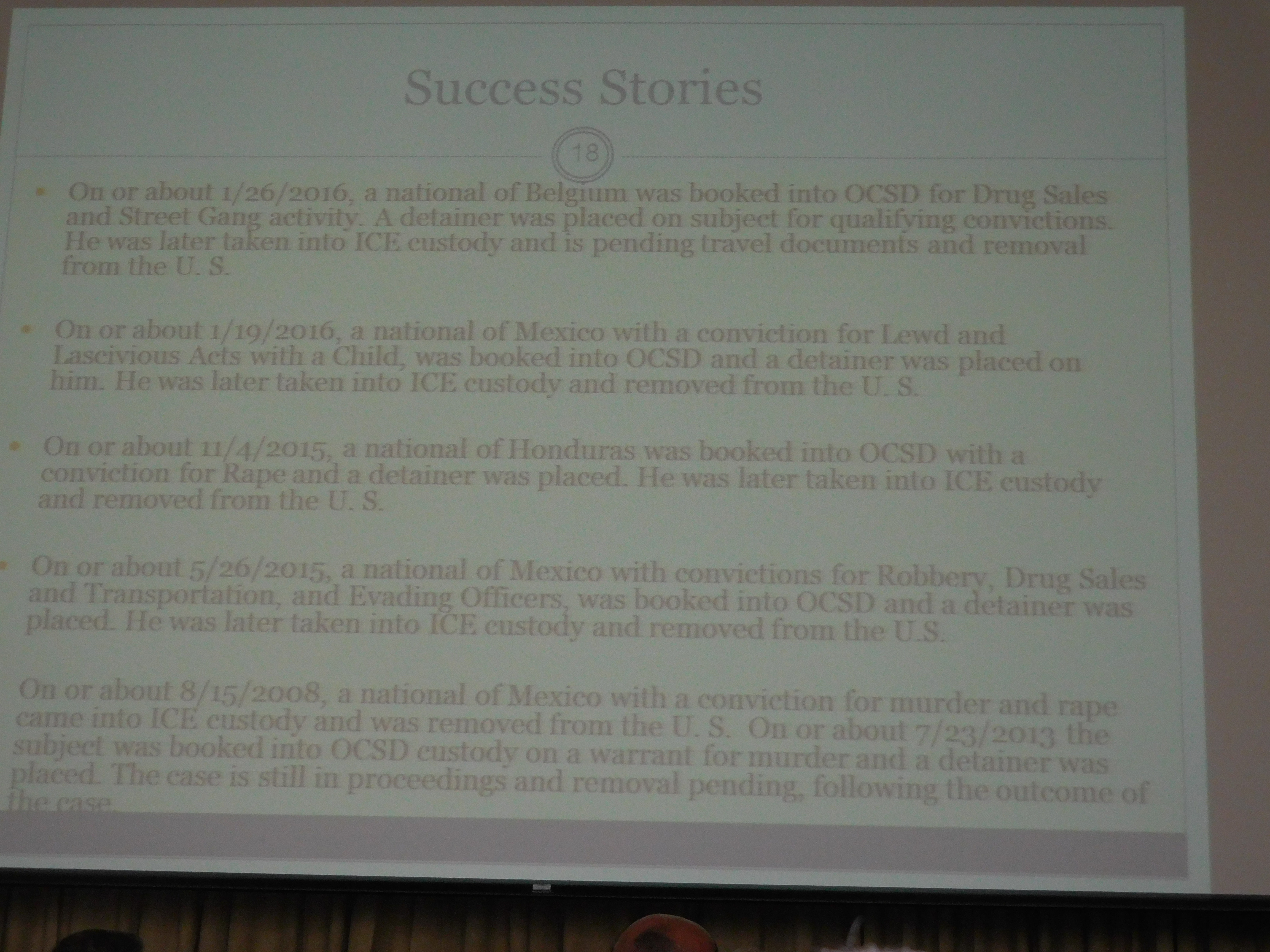 Above, screen shot from the slide show. 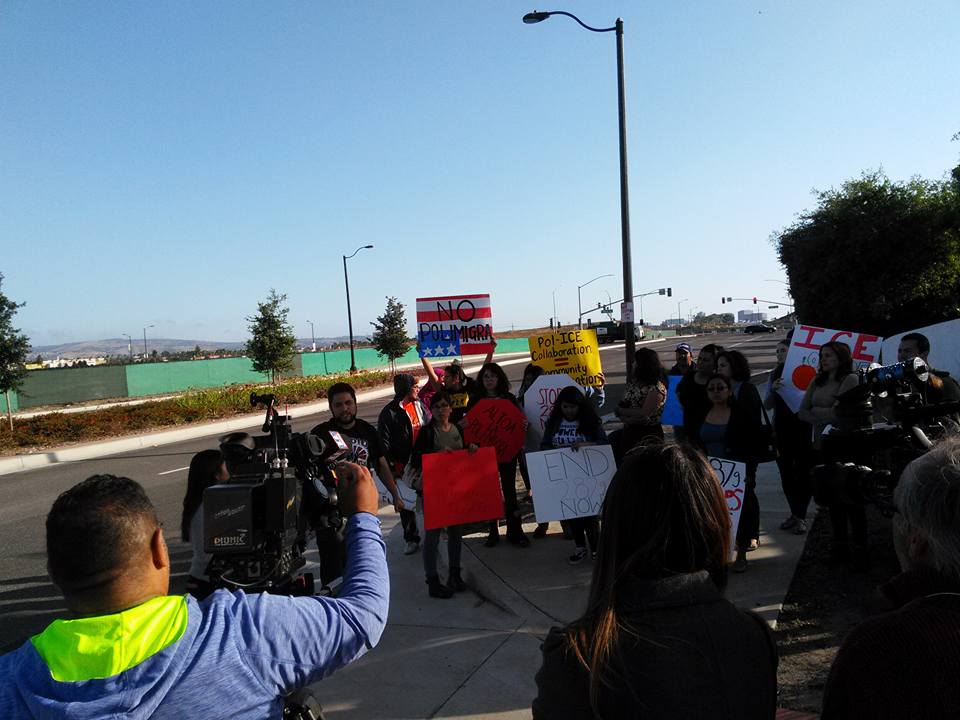