NOTE: The Los Alamitos Mayor set up a Go Fund Me page to raise money to fight the ACLU in court. The court cost has been estimated to be up to $100,000.  So far, $27,000 has been raised. PLEASE DONATE! Click on the link below.
https://www.gofundme.com/HelpLosAlamitos 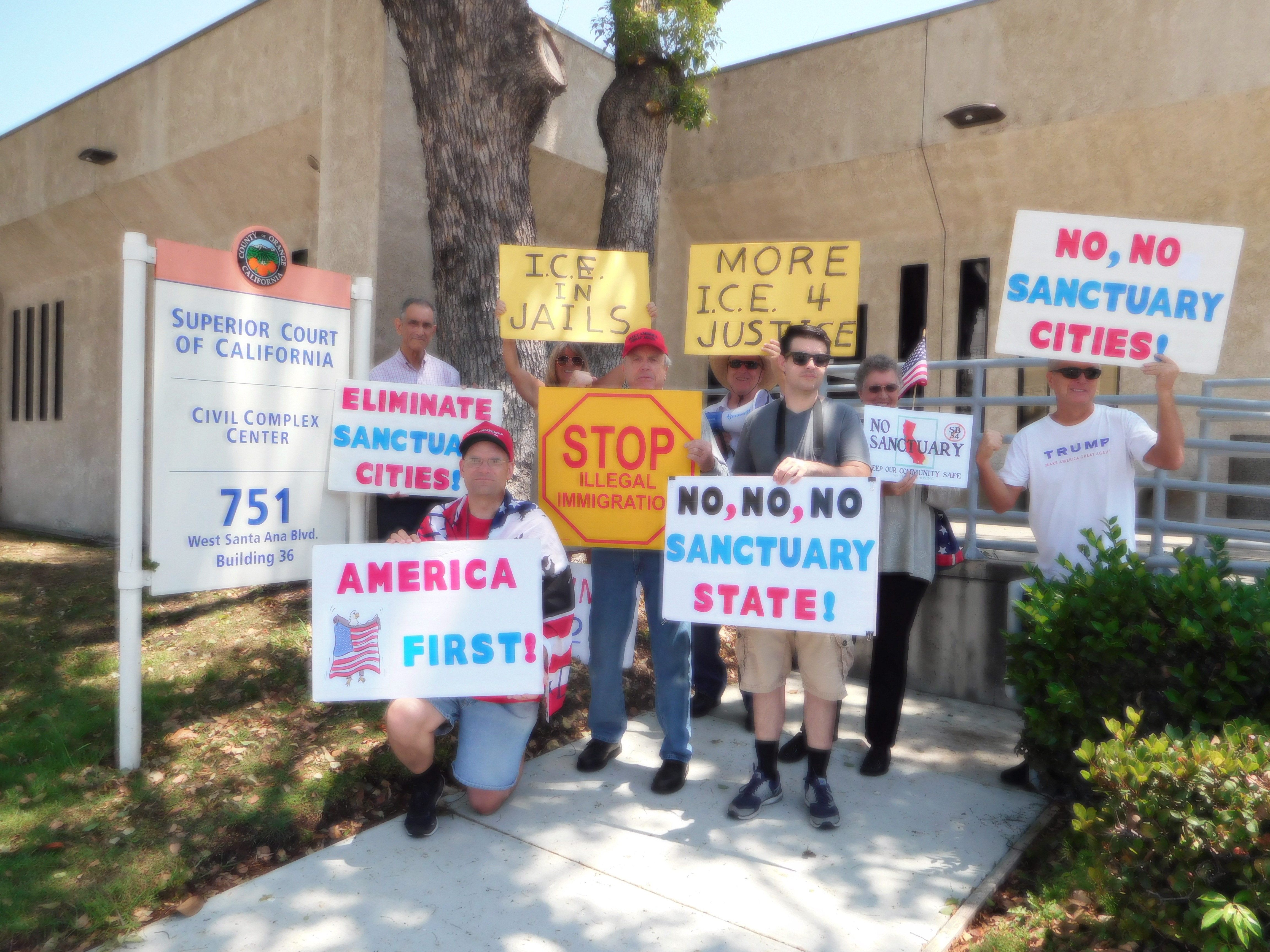 In front of the Orange County Superior Court Civil Complex Center. This is where complicated civil lawsuit cases are litigated. The first hearing for the case was scheduled for July 27, 2018.

Inside the courthouse, Arthur Schaper met with a rather unfriendly clerk who told him the ACLU case against Los Alamitos had been postponed.  Apparently, the judge had recused herself because of a conflict of interest. No information about the conflict was available.

A new hearing date will be scheduled for the ACLU lawsuit against Los Alamitos.

The Los Alamitos supporters staged a rally opposing the Sanctuary State Law since the ACLU press conference had been cancelled. There were passersby in support of the rally and Trump! 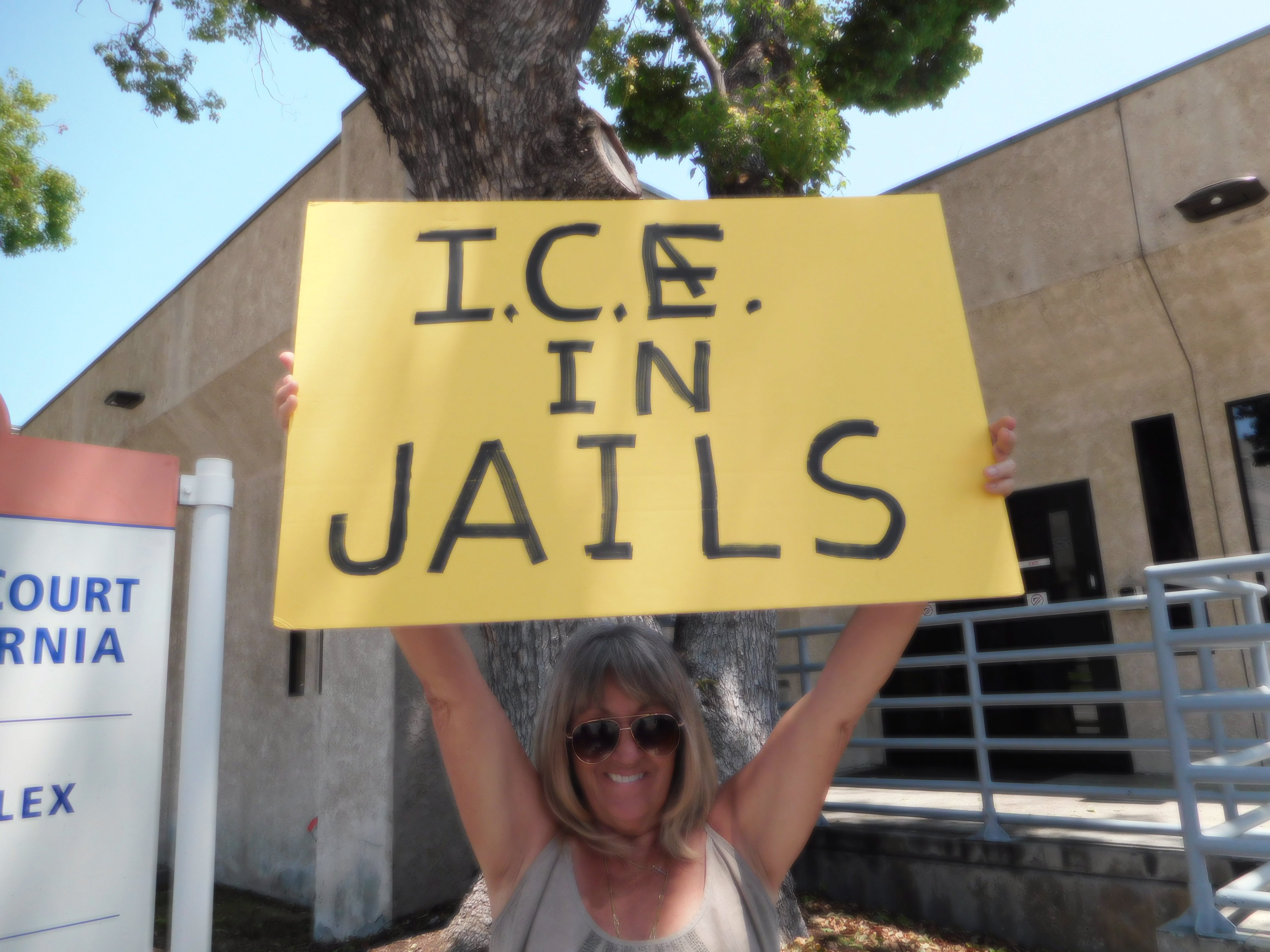 ARTICLE & COPY OF THE ACLU LAWSUIT

CALL YOUR CA ASSEMBLY MEMBER – tell them to vote NO on SB 174 on the full floor assembly vote.  Find you CA State Assembly Member here: https://www.assembly.ca.gov/assemblymembers 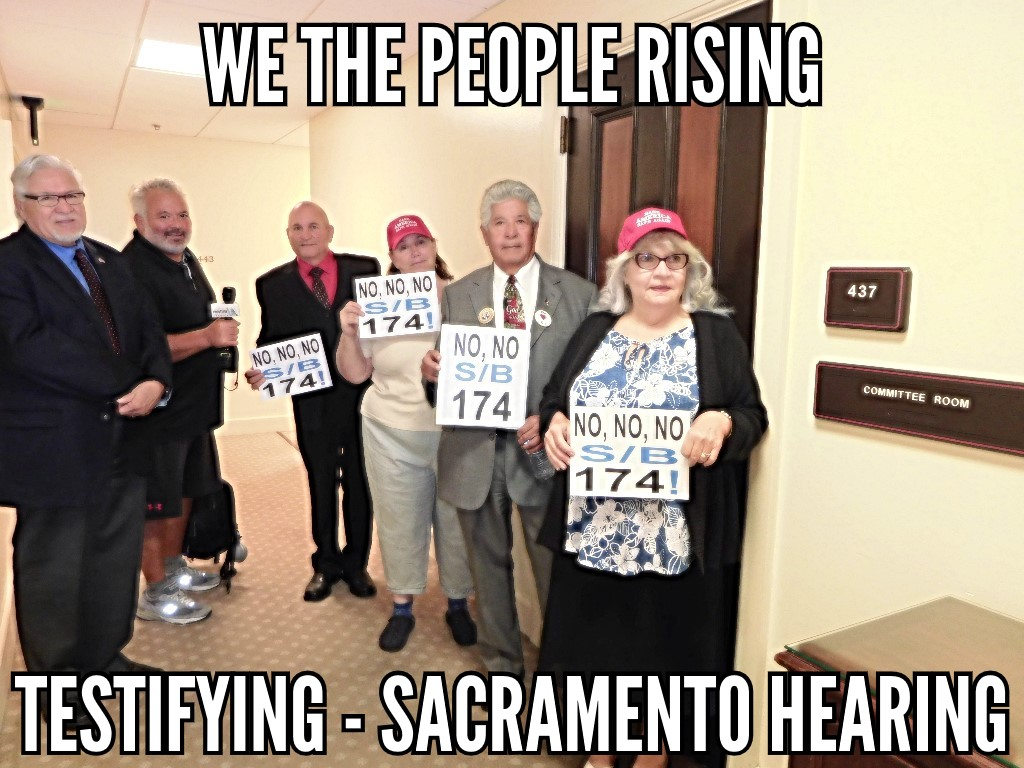 VIDEO of the Assembly Judiciary Committee hearing. Senator Ricardo Lara presented his bill SB 174 to allow illegal aliens to serve on boards and commissions and receive grant and stipend monies. Gary Grindall61 uploaded the hearing to his You Tube channel. As was expected, the bill passed out of committee along a party line vote. All Assembly committees are comprised of 6 Democrats and 3 Republicans. 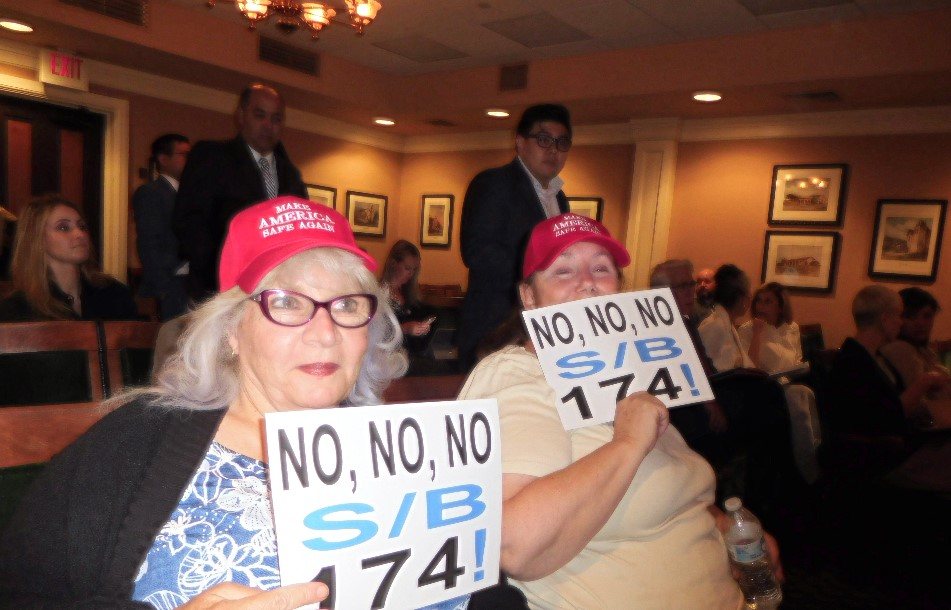 Assembly Judiciary Committee hearing.
At committee hearings, the bill order depends on when the author of the bill signs in. Senator Ricardo Lara normally signs in to be one of the first presenters. However, during this hearing, he did not sign in until the second to the last presenter. He dashed in through a private side door to present his illegal alien bill, and when the hearing was finished, he dashed back out quickly through a side door.  It was concluded he was trying to dodge We The People Rising members when he spoke at the end of the hearing schedule, after arriving and leaving through a private side door…

It was a full schedule so the group of Citizen Lobbyists had to sit through about 14 hearings before Senator Ricardo Lara’s bills were presented.