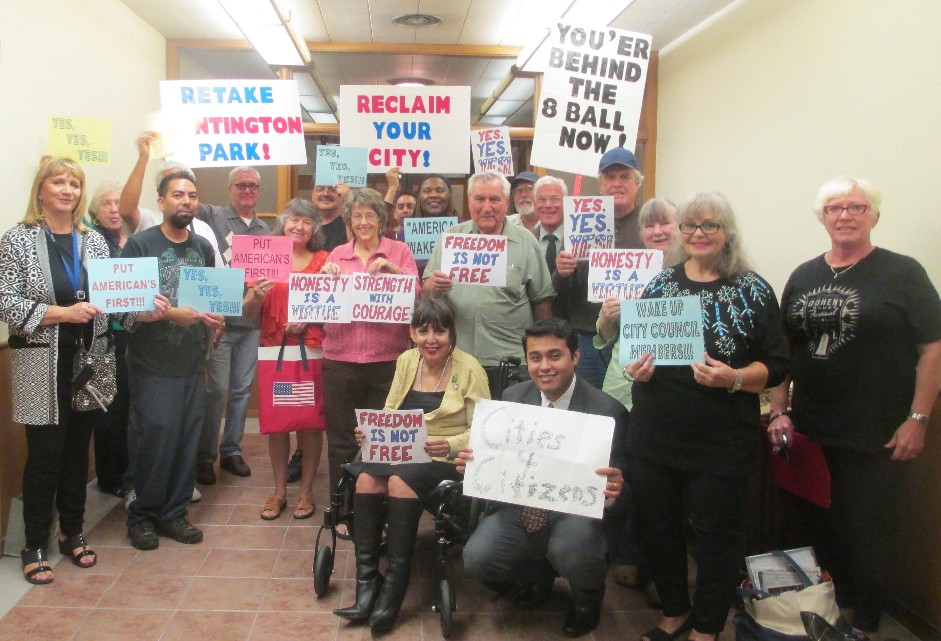 Photo after the public comments segment of the council meeting. 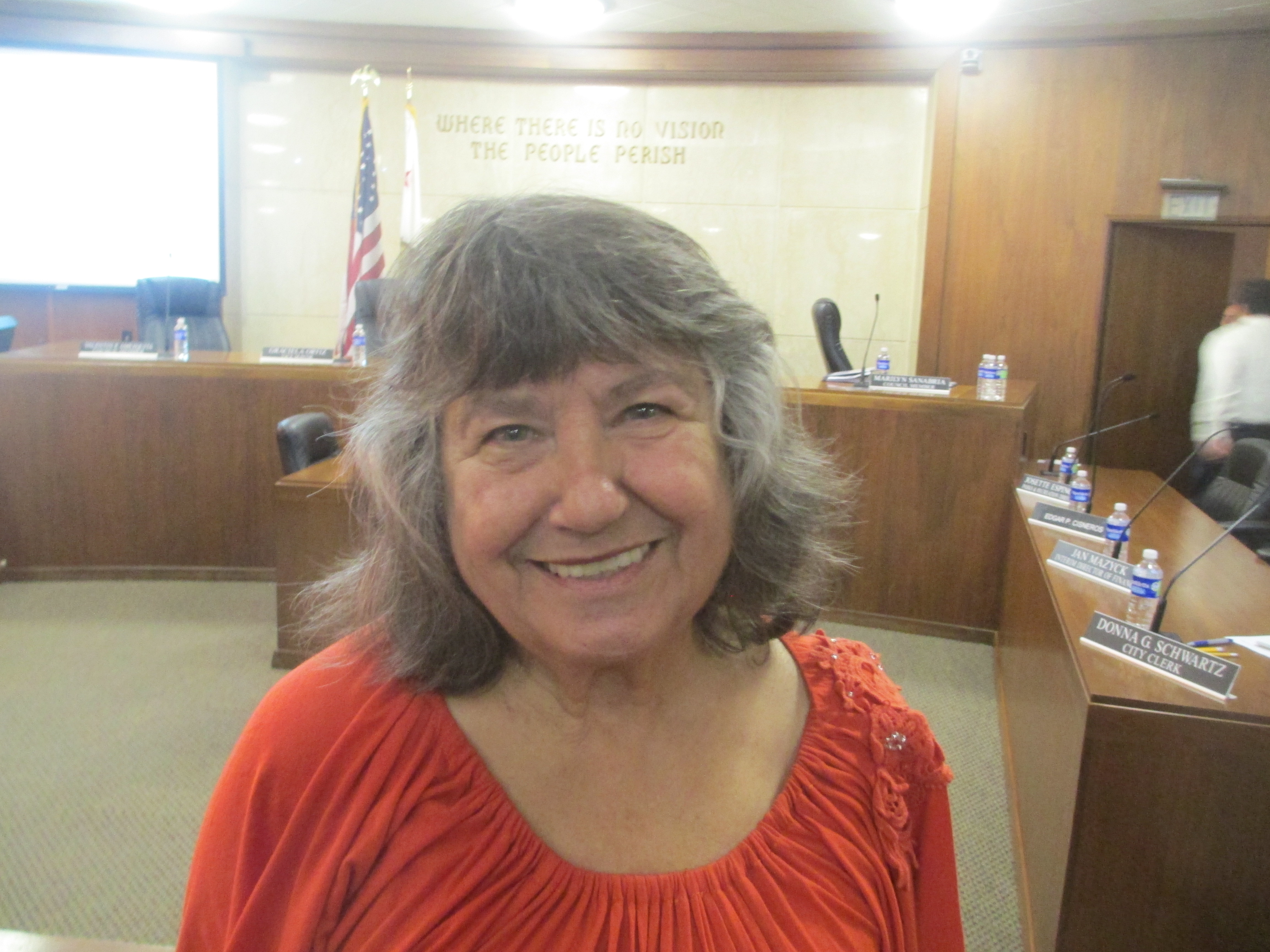 10/6/15
Huntington Park, CA
http://www.hpca.gov/
VIEW THE VIDEO where Dr. Newman is removed from the chambers: https://www.youtube.com/watch?v=MlSk2…
Arthur Schaper addressed the Huntington Park City Council. In August, the city council appointed 2 illegals to commission seats. Article below. Dr. Newman responds in the audience saying, “YES!” At the end of the video, Mayor Macias announces a 5 minute recess and states that Dr Newman will be removed from the meeting for saying yes. The mayor deployed the police chief and 5 officers to remove Dr. Newman from the meeting. Taking him downstairs, he was then “guarded” by 2 police officers.
Video by Robin Hvidston We The People Rising.