REPORT from the Presidential Debate site, Simi Valley Rally outside of the Reagan Library – flyer below, organized by Tony Dolz
9/16/15

Vaughn Becht called at 2pm and reported about 300 people – loud pro illegals but he said there was a good showing of patriots. Some of those in attendance are Patrice Lynes, Mike McGetrick, Betty and Darrell Robinson, Joann, Stella, Robert Lauten, Raul Rodriguez, Robert Newman, Janet West, Wes Parker, Chanell Temple, Tressy Capps, Ly Kou and Anita Hynds. The two sides were designated by police to stand on opposite sides of the street, at the entrance to the Ronald Reagan Library. There was a lot of media present. 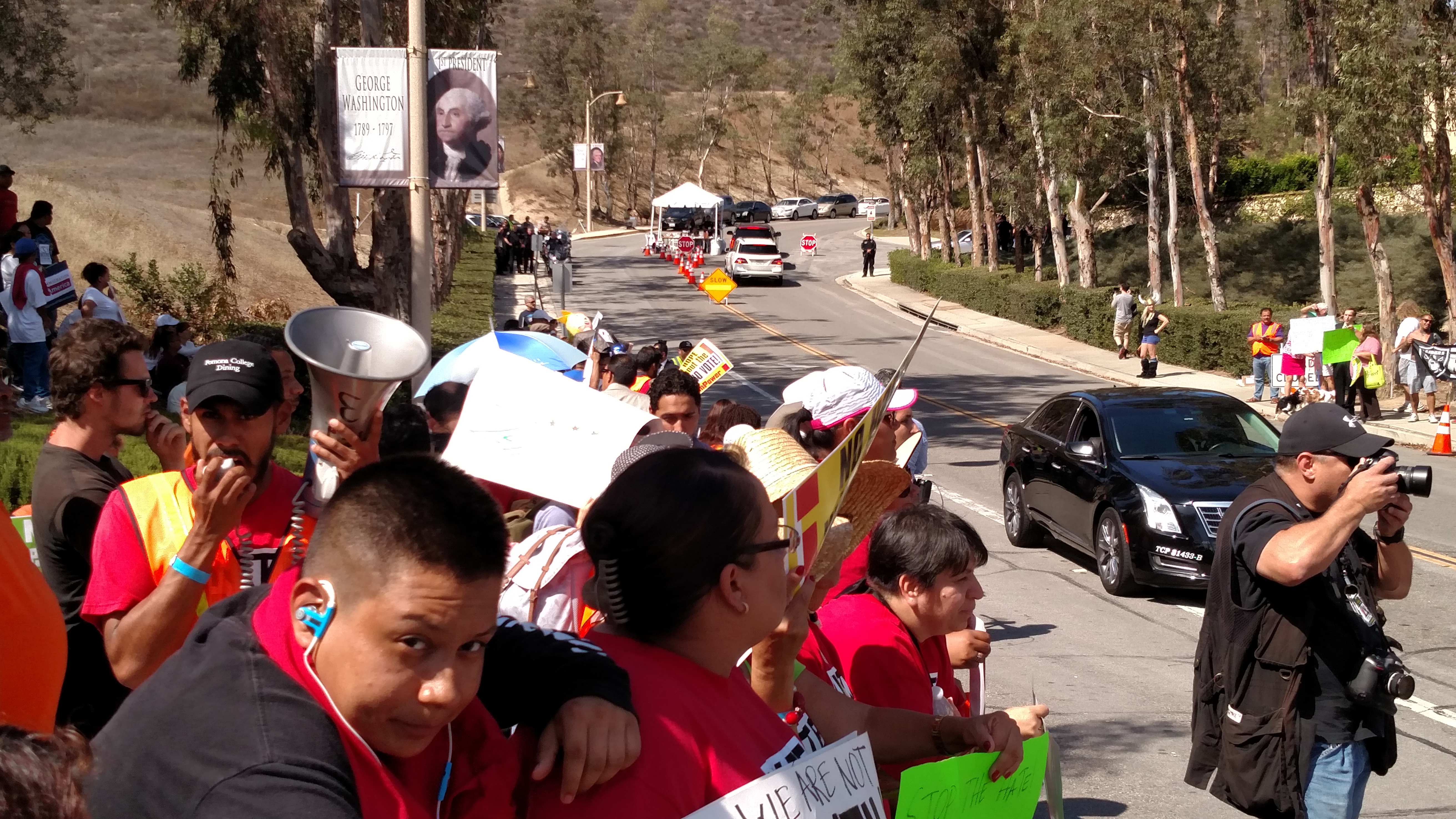 Betty Robinson had a great sign that read TRUMP TELLS THE TRUTH.  She walked to the side where the pro illegals were staging so that her sign would be visible as the debate goers arrived.  She said the illegals poked her sign with sticks, blocked her sign, threw water on it and she was shoved. And green gum was put on the sign.

The police were notified and seem to not take significant action.

But Betty Robinson prevailed and she said Donald Trump drove by her with his window down and saw her sign. They had friendly eye contact as he saw her sign! 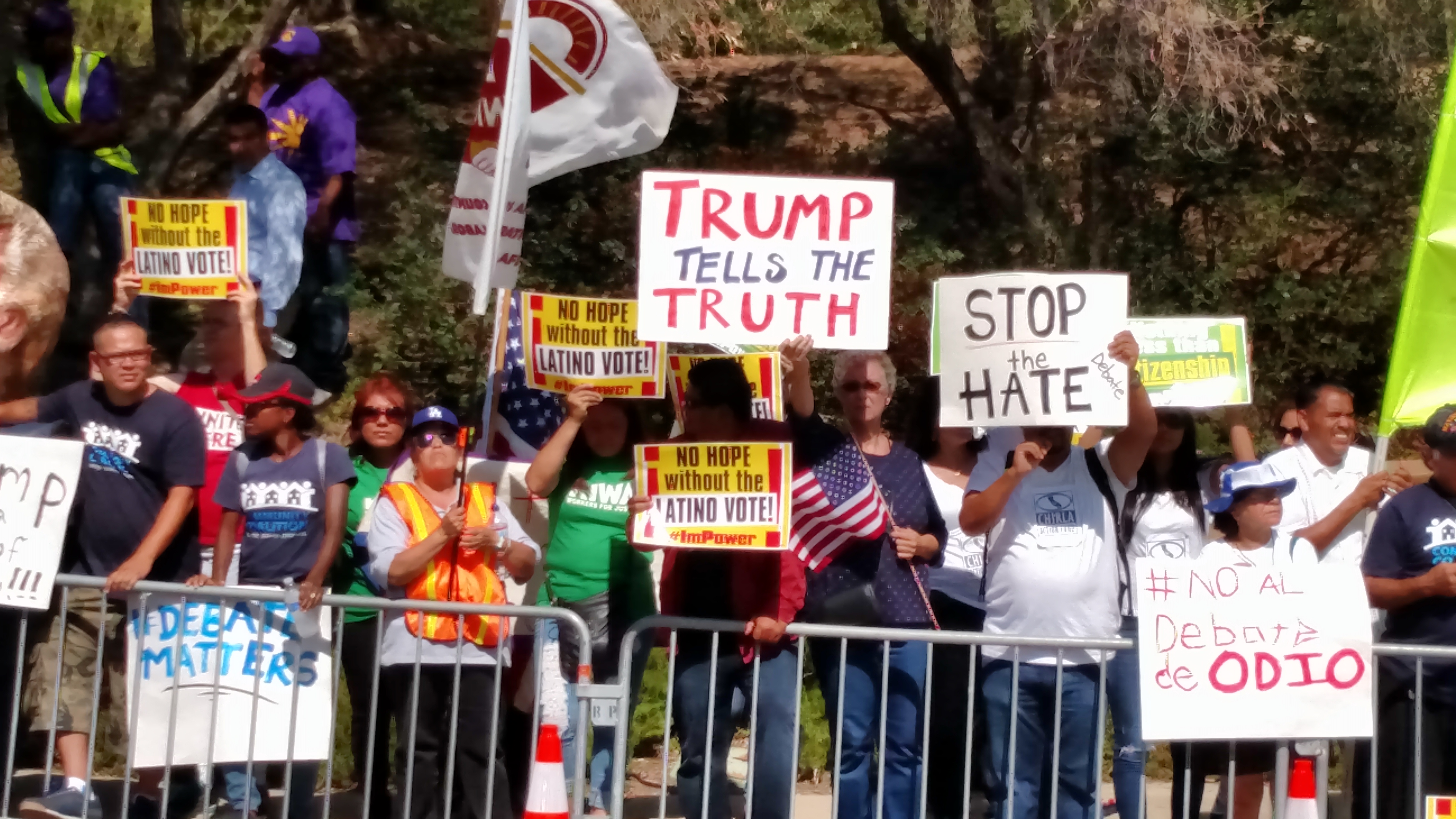 Betty, center of the photo, with her sign – Trump Tells The Truth 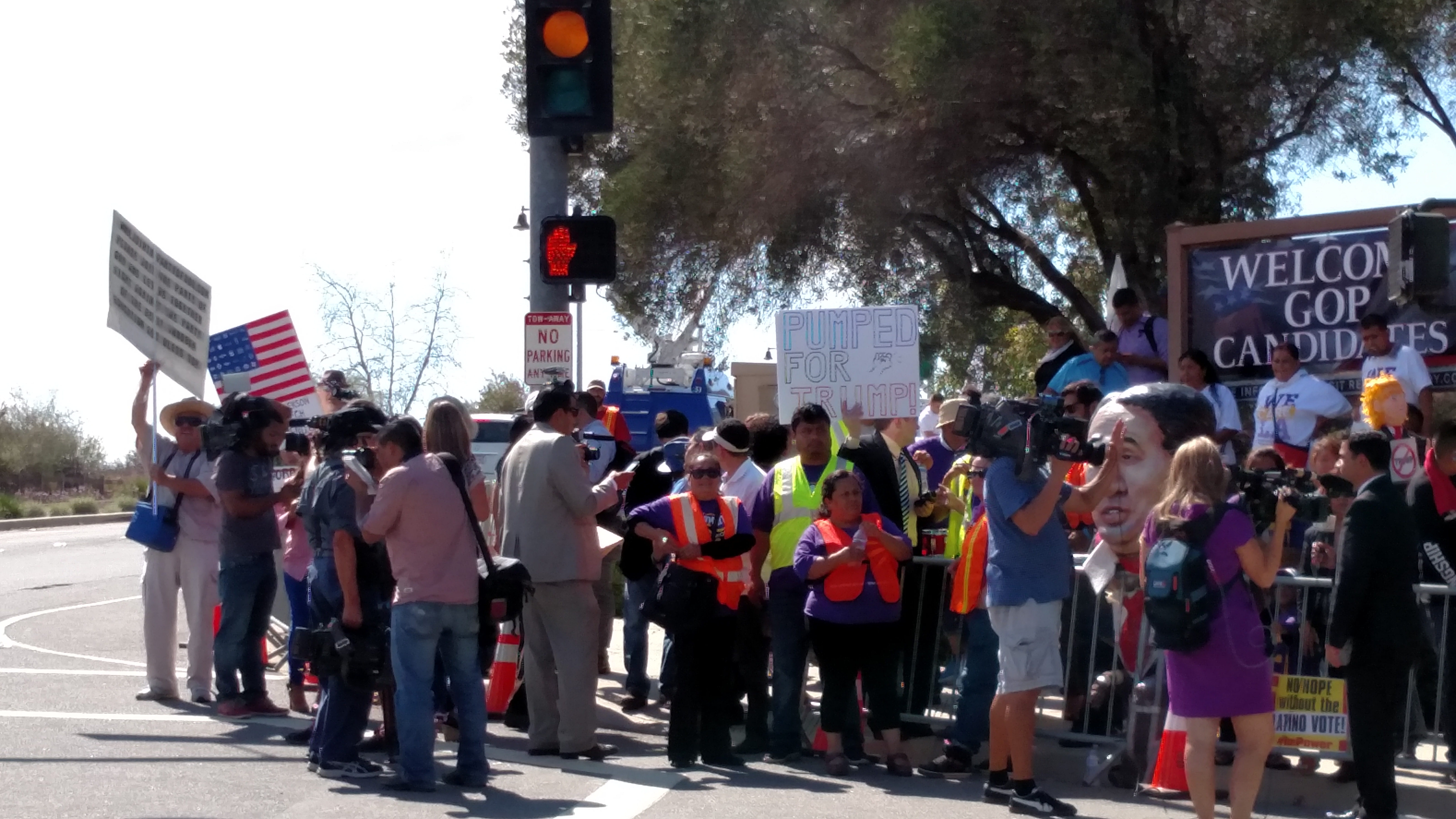 Below photo of the pro law side! Tony Doltz organized the rally. 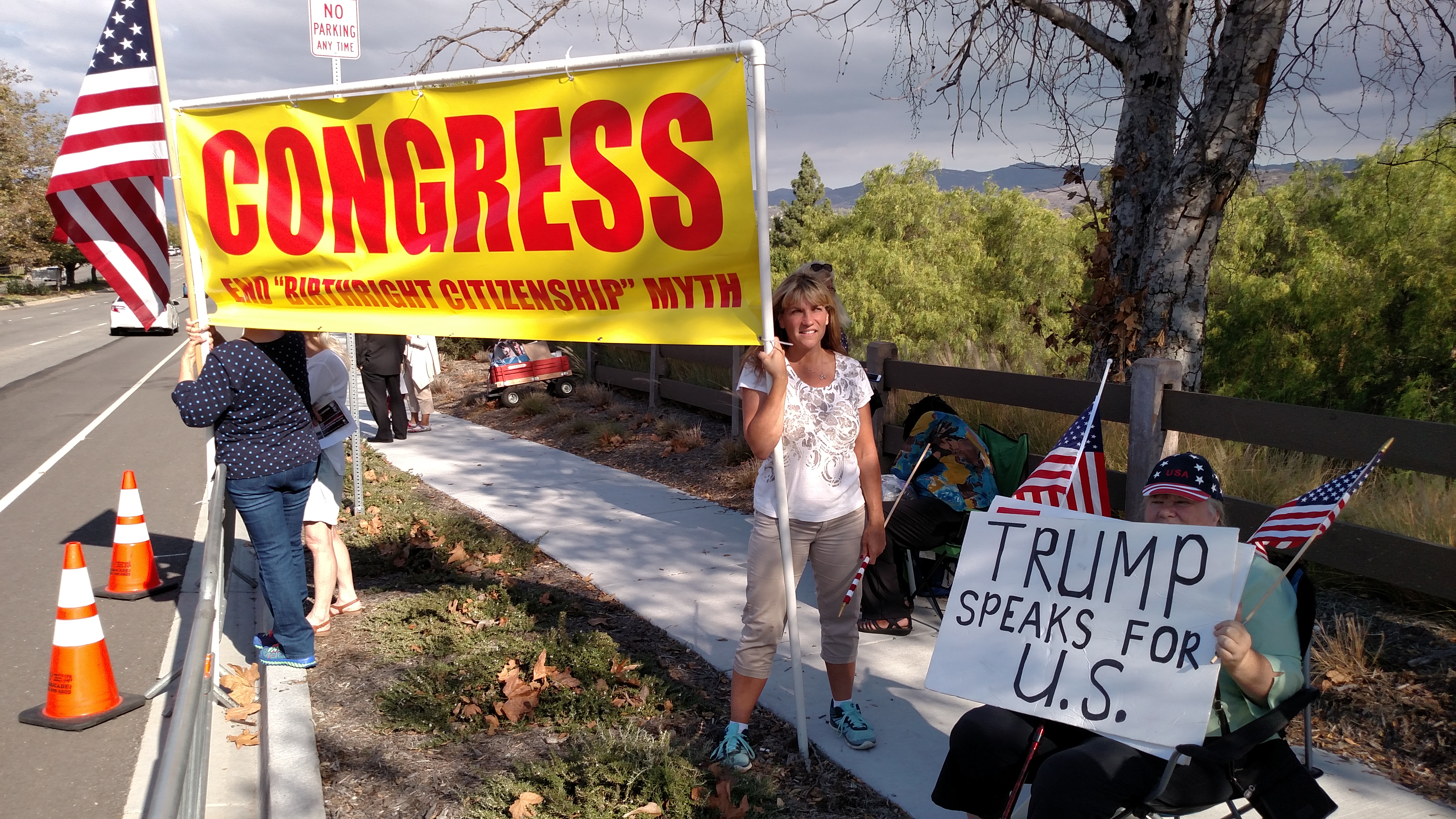 3:45pm
Betty Robinson called. She is safe and sound – back on the side with the pro law supporters!  She said that there were a couple hundred of the illegals and their supporters and more than 100 patriots! 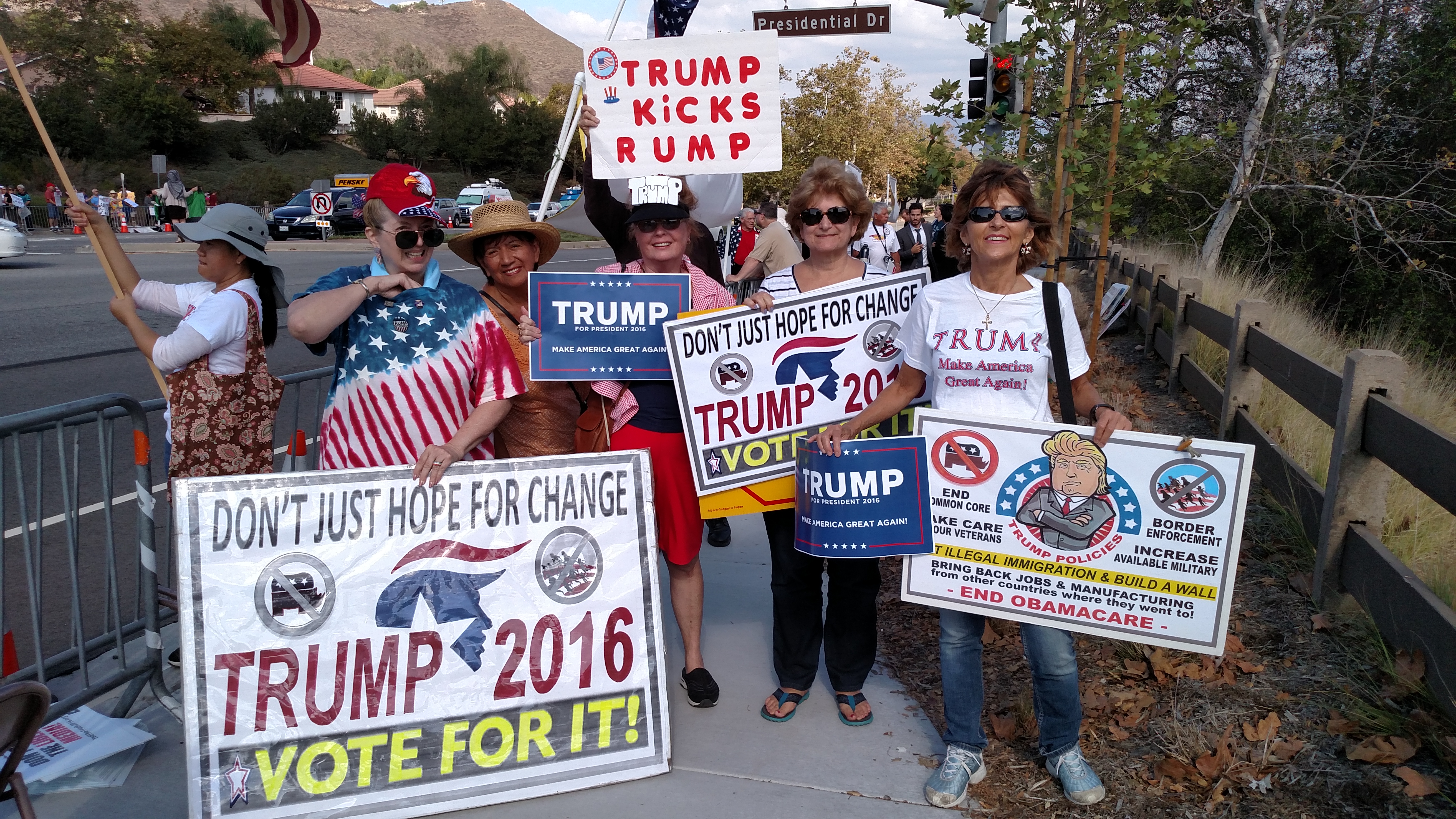 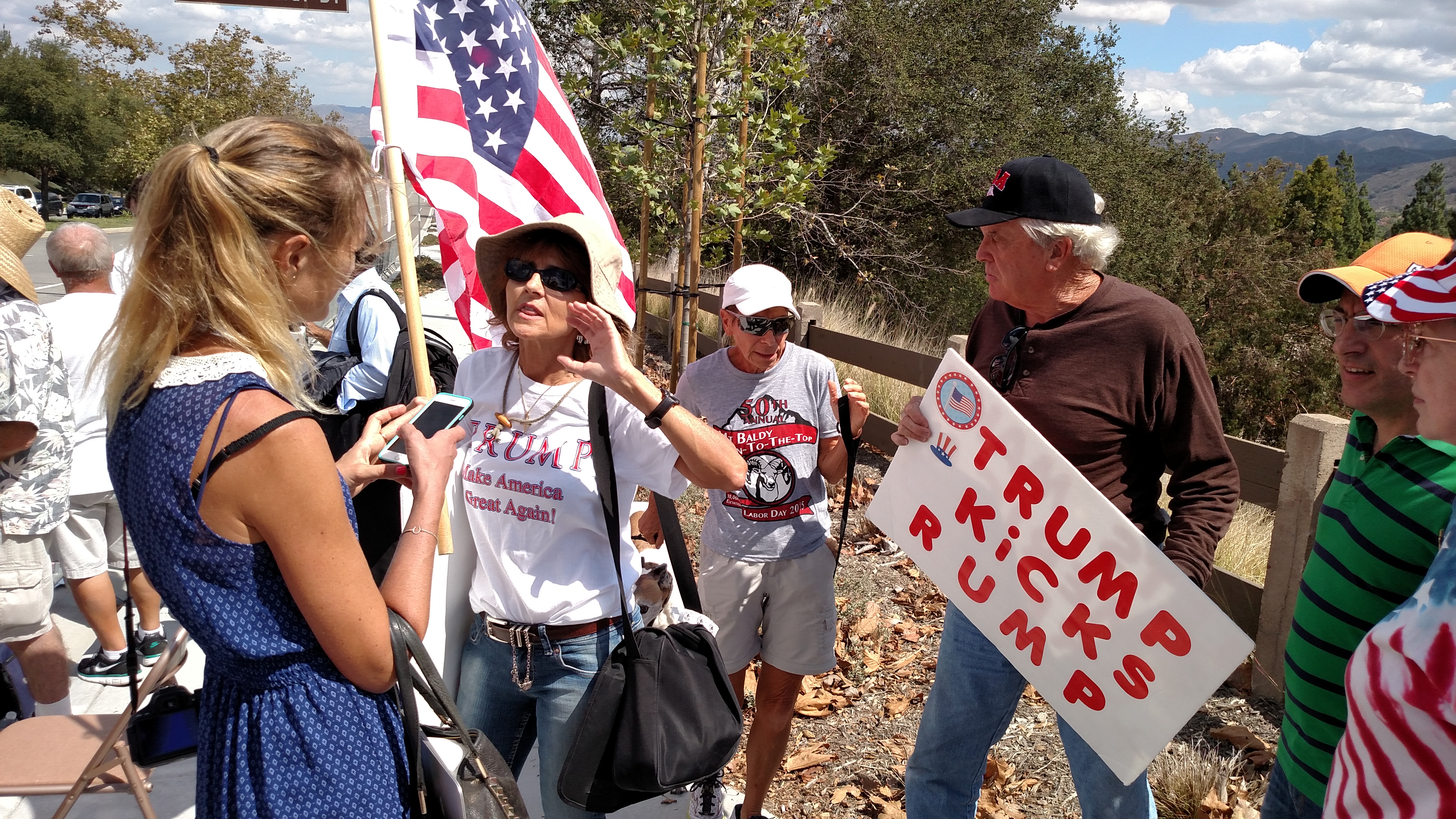 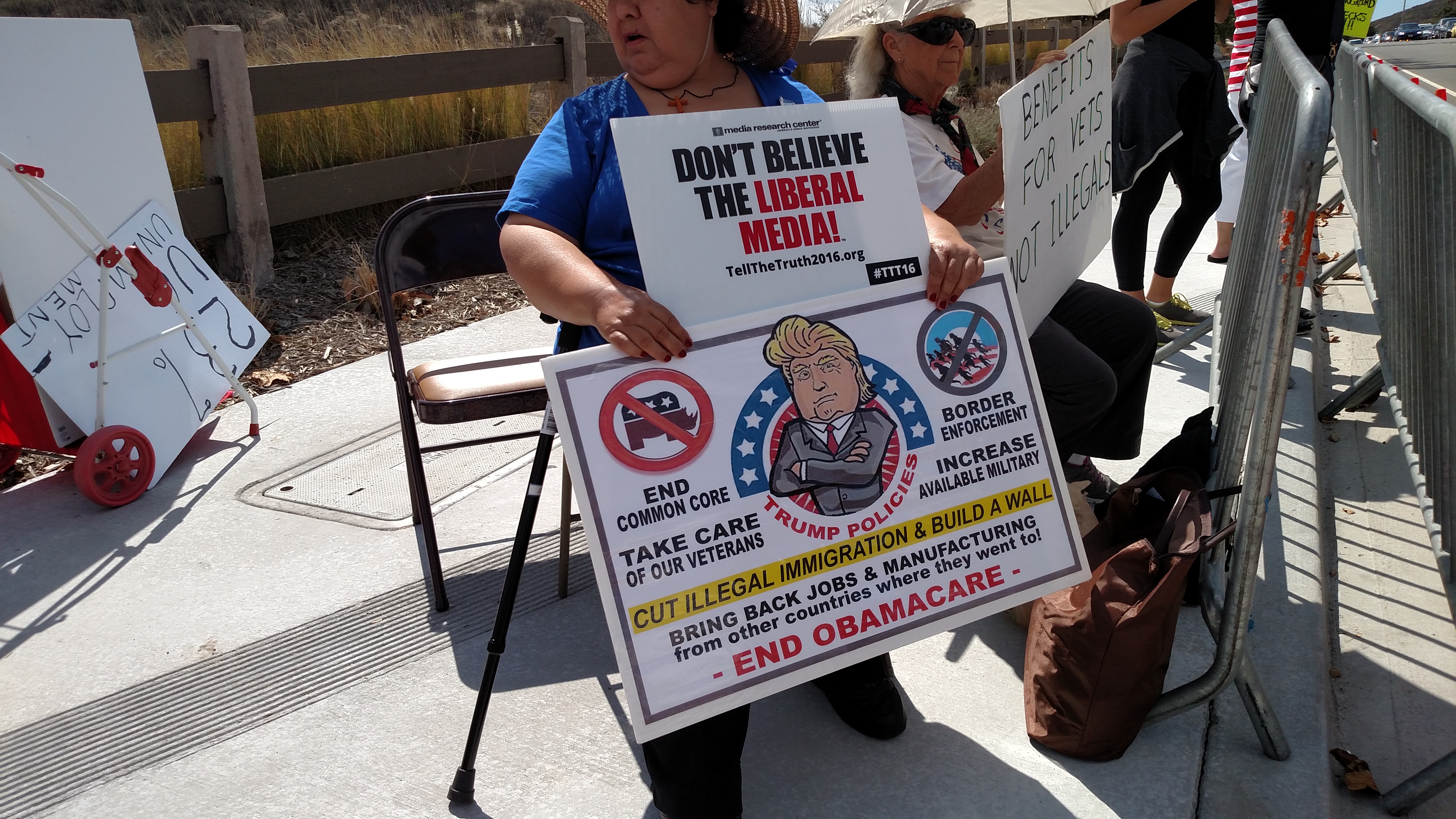 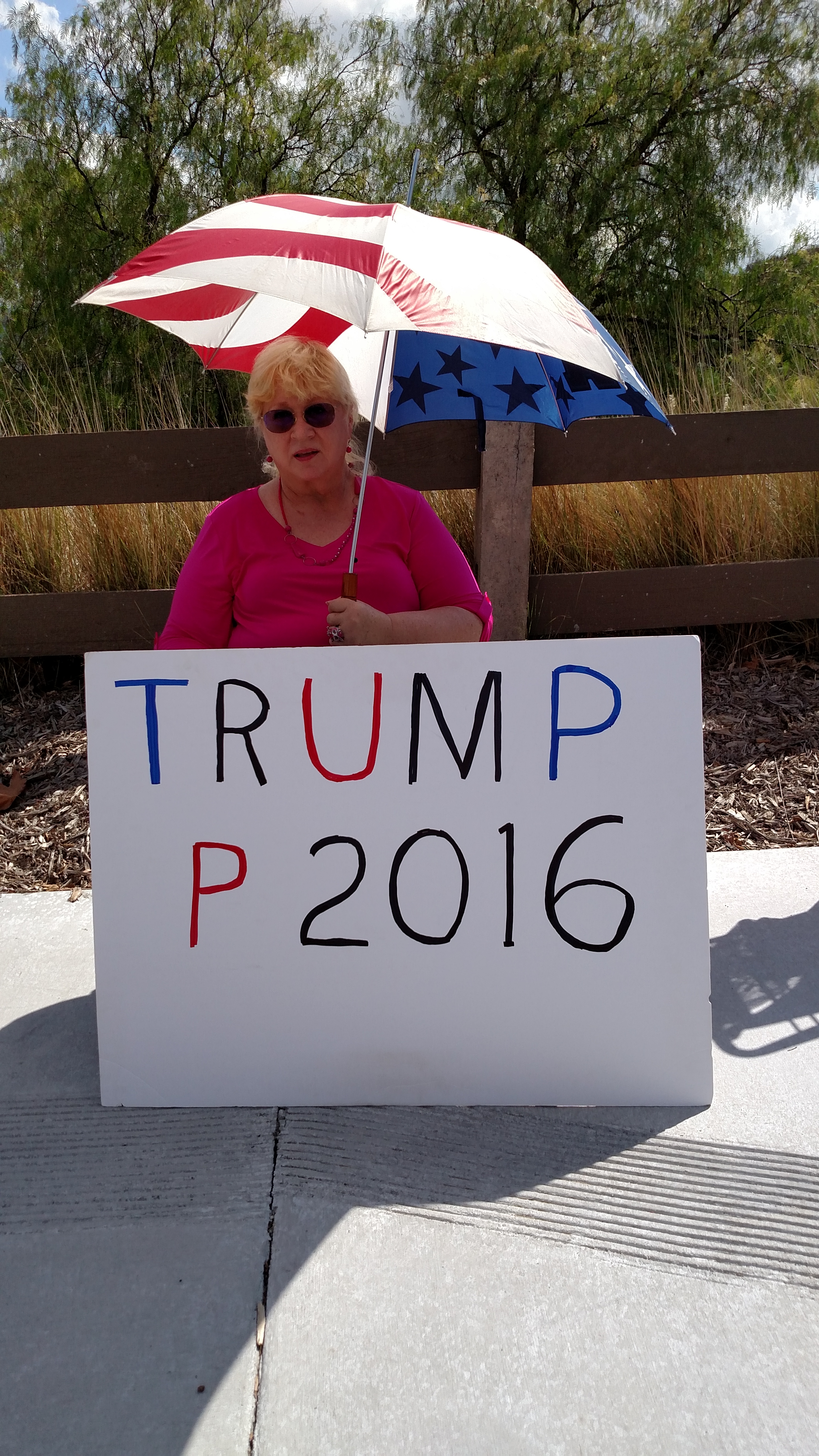 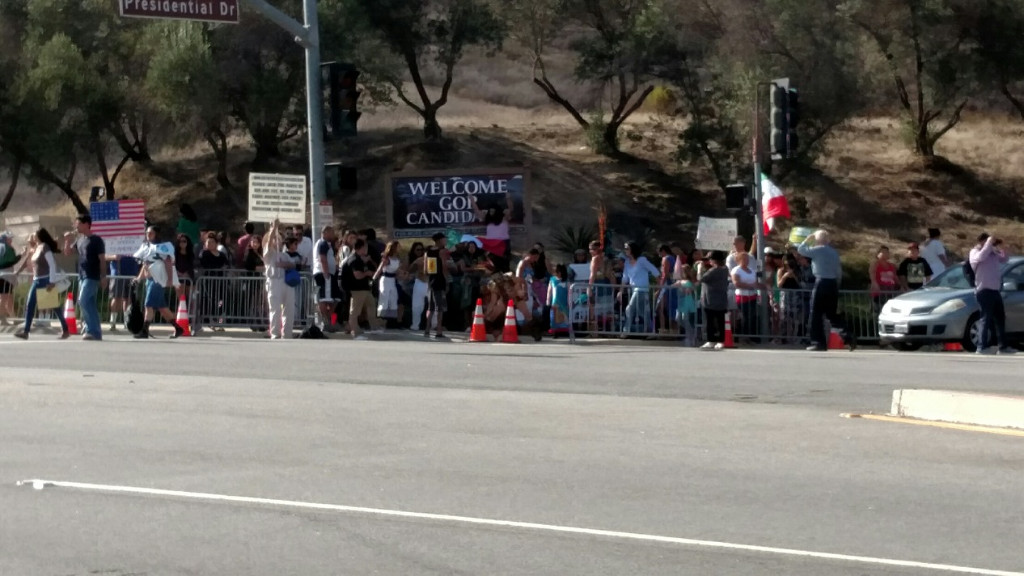 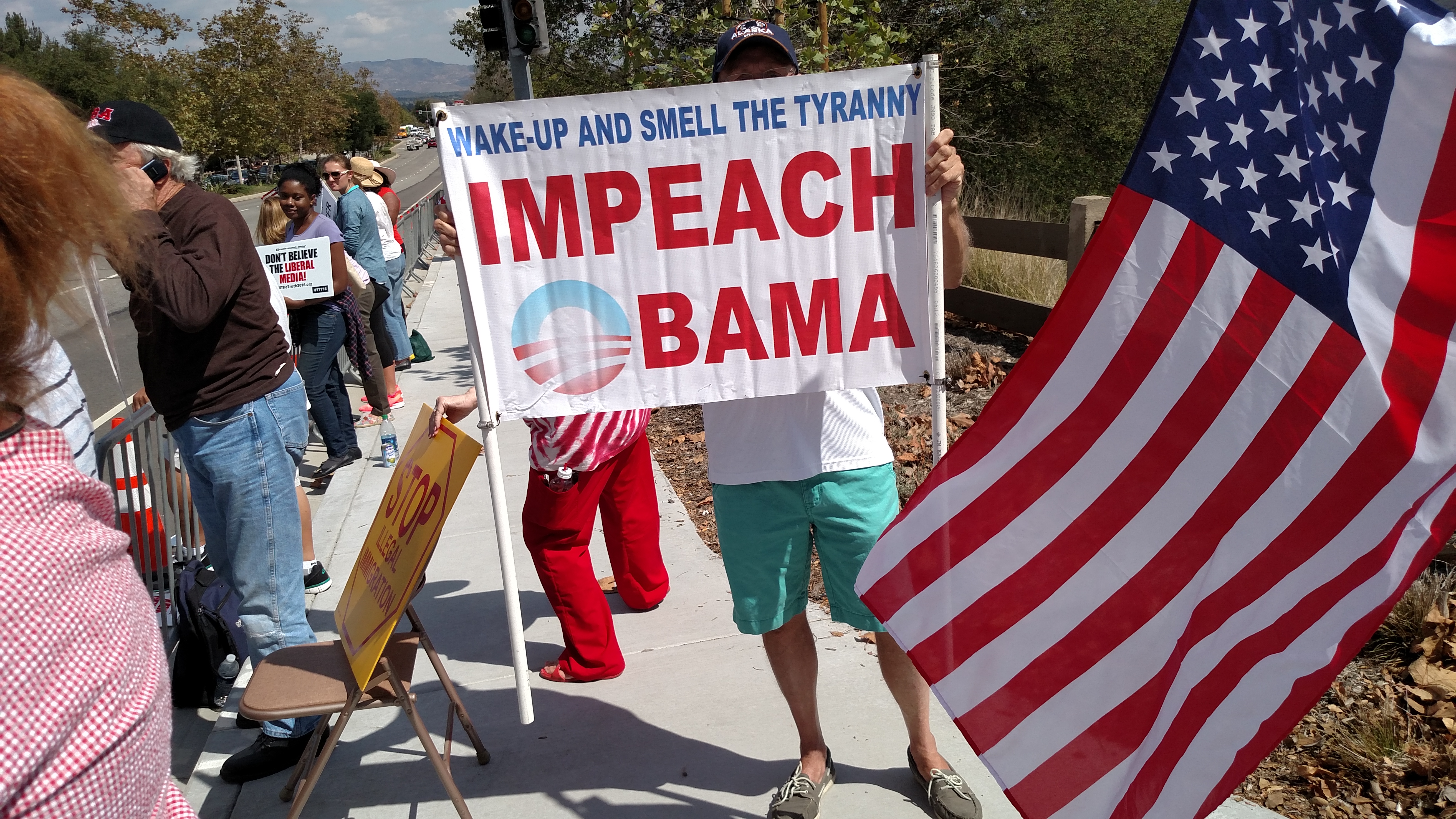 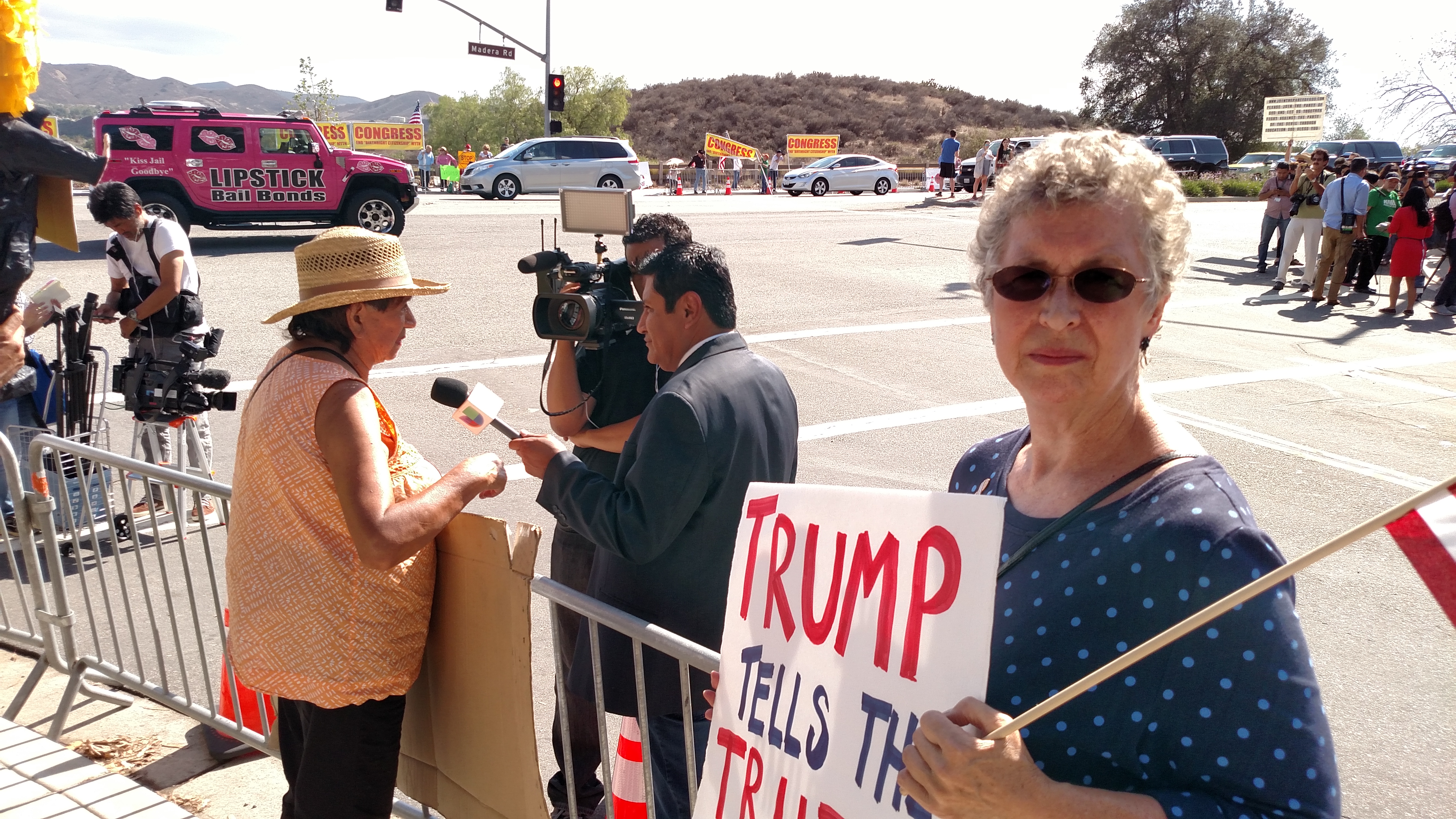