Western Growers Association (WGA) http://www.wga.com/  is a well-funded association that lobbies on behalf of its membership. Comprehensive immigration reform with a pathway to citizenship is legislation WGA is aggressively pushing. In addition, according to the website, WGA “Provides funding to candidates for statewide office in California and candidates for the U.S. Senate and U.S. House of Representatives.” http://www.wga.com/fight

A press conference calling for California Republican Congressional Delegation members to vote on comprehensive federal immigration reform was held this morning at the state Capitol.  Republican members of the California State Senate and California State Assembly rallied with representatives of the business, labor and agriculture communities to encourage Speaker John Boehner to call a vote on the lingering legislation.

The press conference, led by state Assemblyman Jeff Gorell (R- Camarillo) and state Senator Anthony Cannella (R-Ceres), brought attention to a letter sent to the California Republican Congressional Delegation by a bevy of state legislators calling for their support and a vote on immigration reform.

Western Growers’ Senior V.P. Dave Puglia participated in the press conference along with other industry representatives. “Today’s event provides a positive and important message from Republican state legislators to their congressional counterparts that inaction on immigration reform is not acceptable,” Puglia said after the event.  “Republican members from both rural and urban areas signed the joint letter urging action, which reflects the fact that immigration reform is an important priority not just for agriculture, but for other constituencies as well.”

NOTE: Congressman Jeff Denham is a member of WGA.

A full-page ad urging Republican members of Congress to move forward with a vote on comprehensive immigration reform has been circulating in media outlets throughout the state. Signed by 15 Republican California legislators, the ad presses Republicans in the California congressional delegation to work with Speaker John Boehner to bring the issue up for a vote.

Spotlight first reported on this Call the Vote movement by California legislators back in mid-September when a press conference was held at the state Capitol by a number of the same legislators. 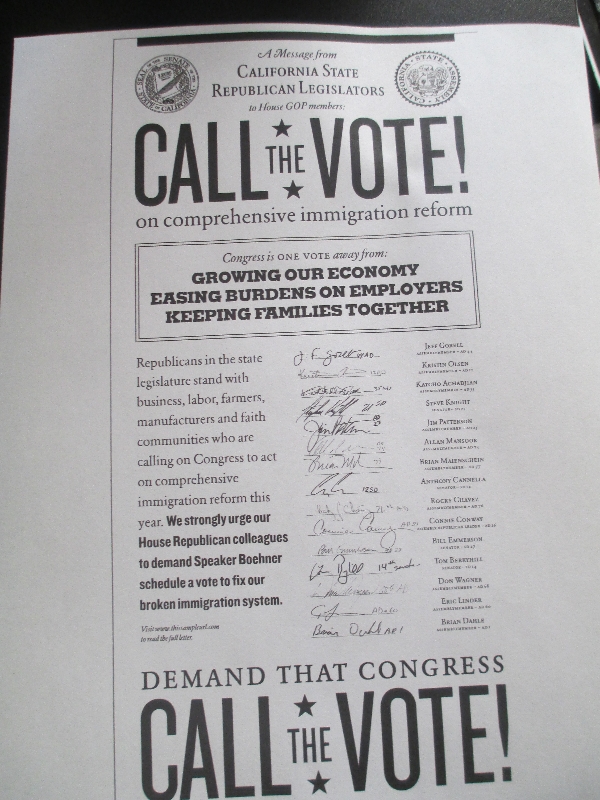 PRO ILLEGAL ALIEN PROTESTERS ENLARGED THE FULL PAGE AD AND THEN EMPLOYED THE SIGN AS A TOOL IN ORDER TO PROTEST CONGRESSMAN ROYCE, BREA, CA AND CONGRESSMAN CAMPBELL, IRVINE, CA, 12/6/13. 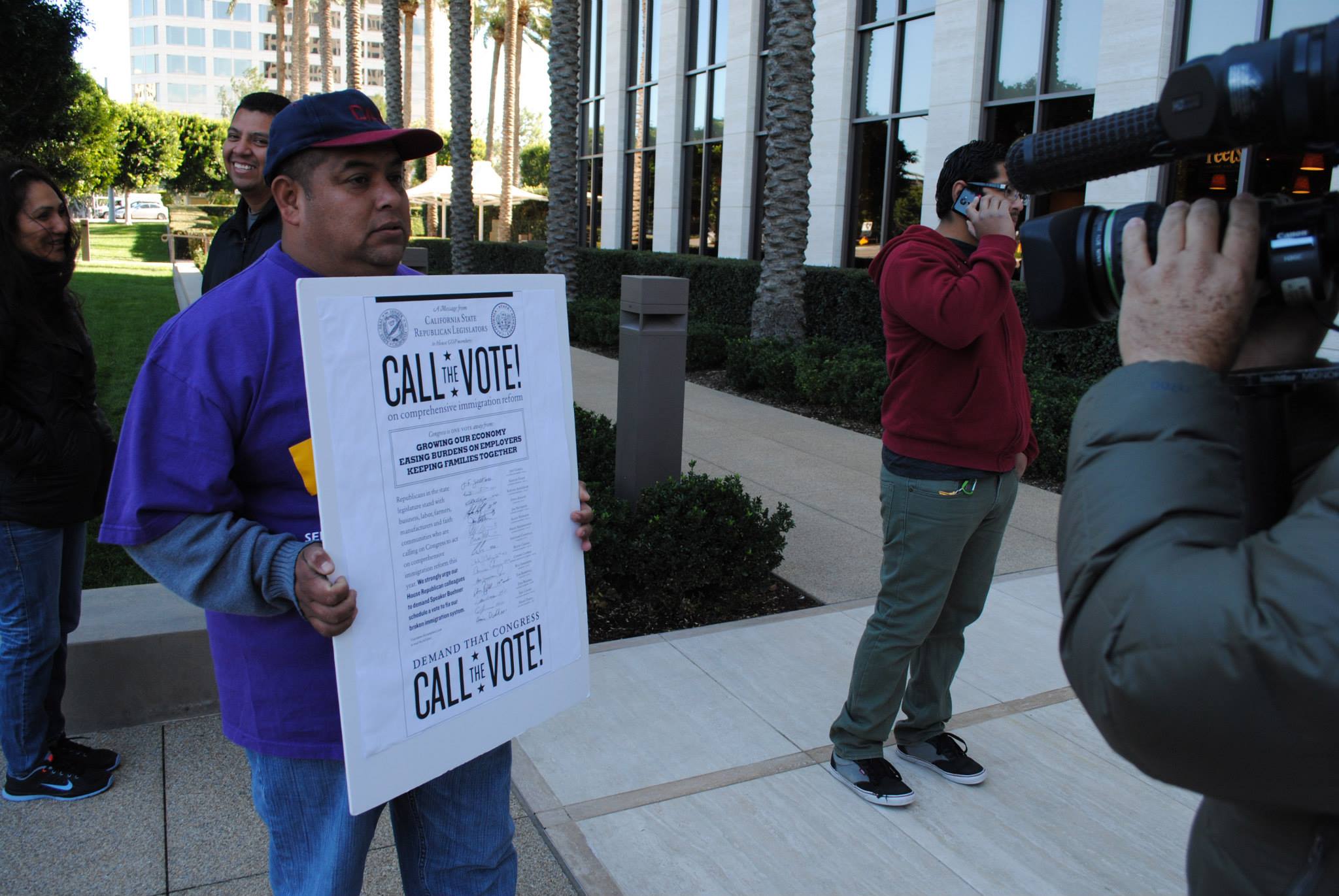 READ A COPY OF THE LETTER: 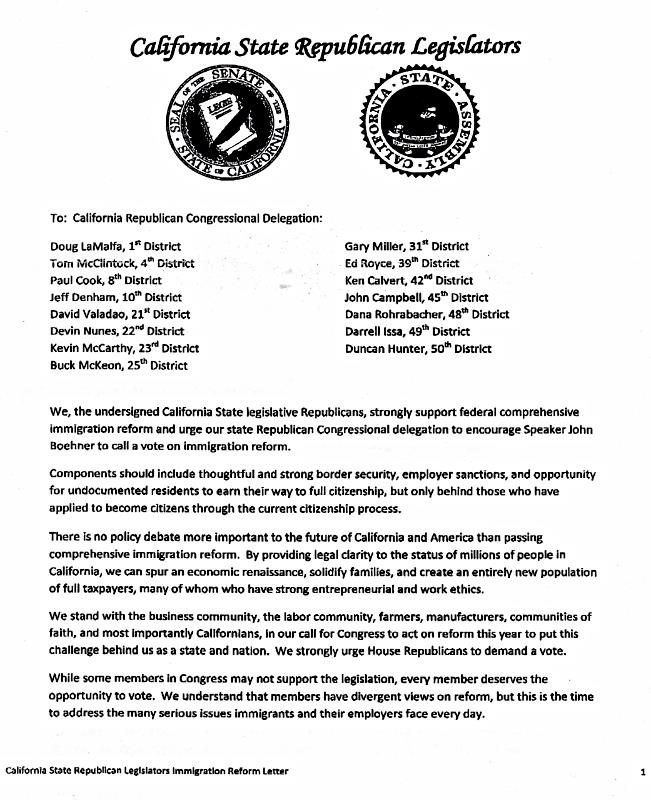 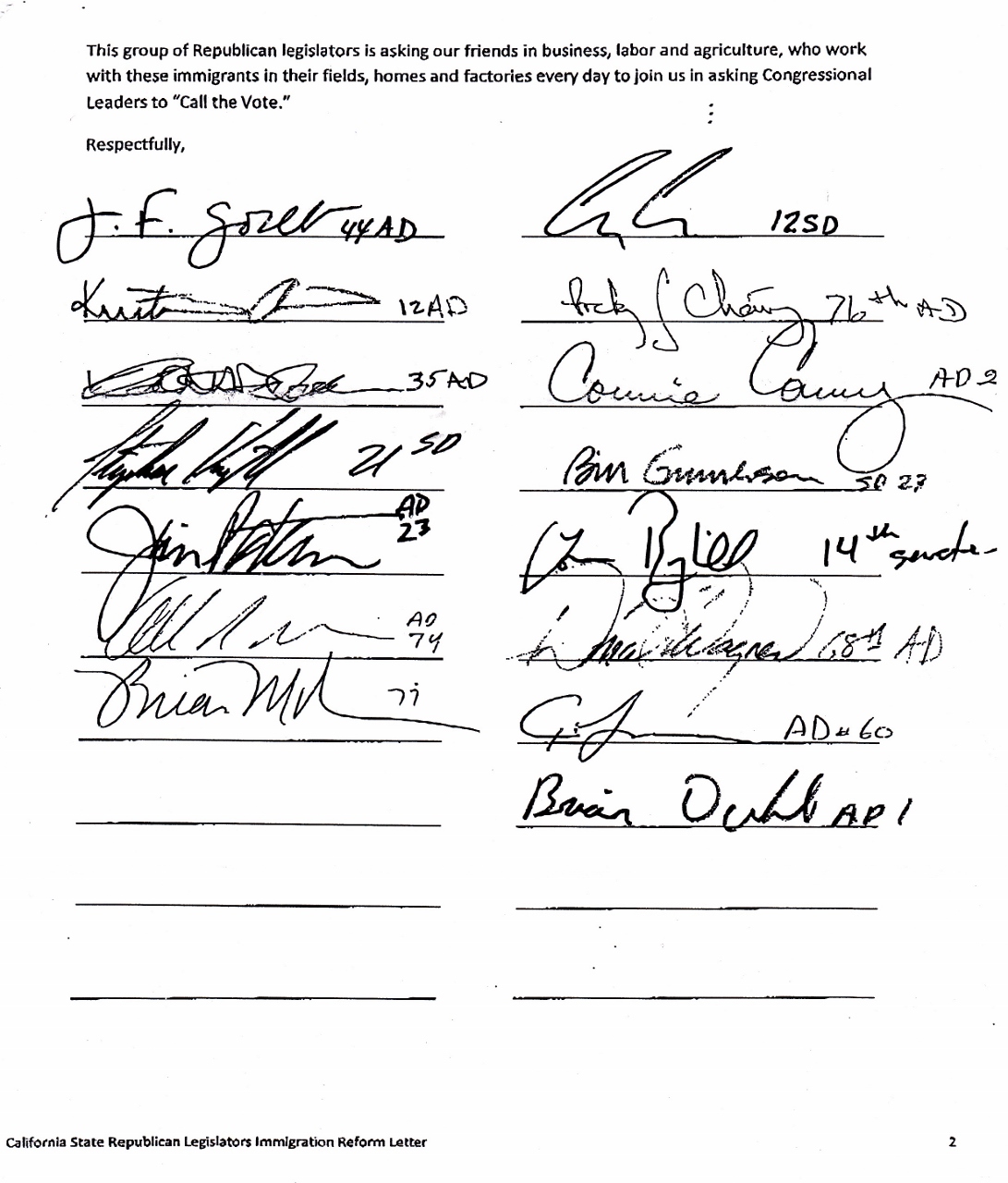 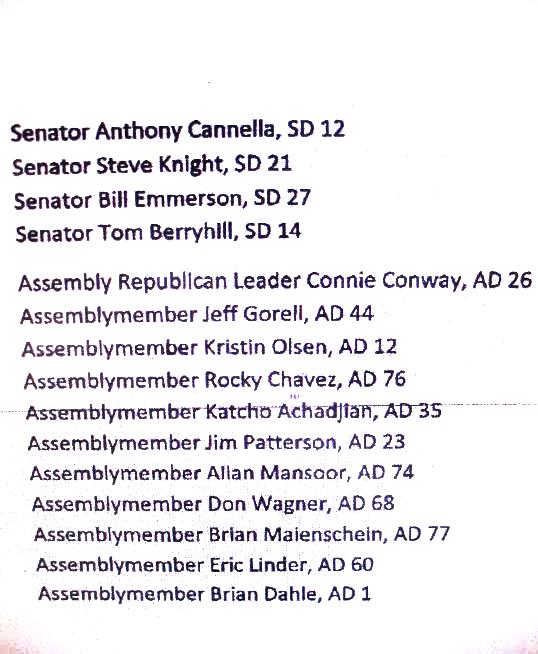