Rep Lou Correa: Displaying Statue of Liberty in a HIJAB 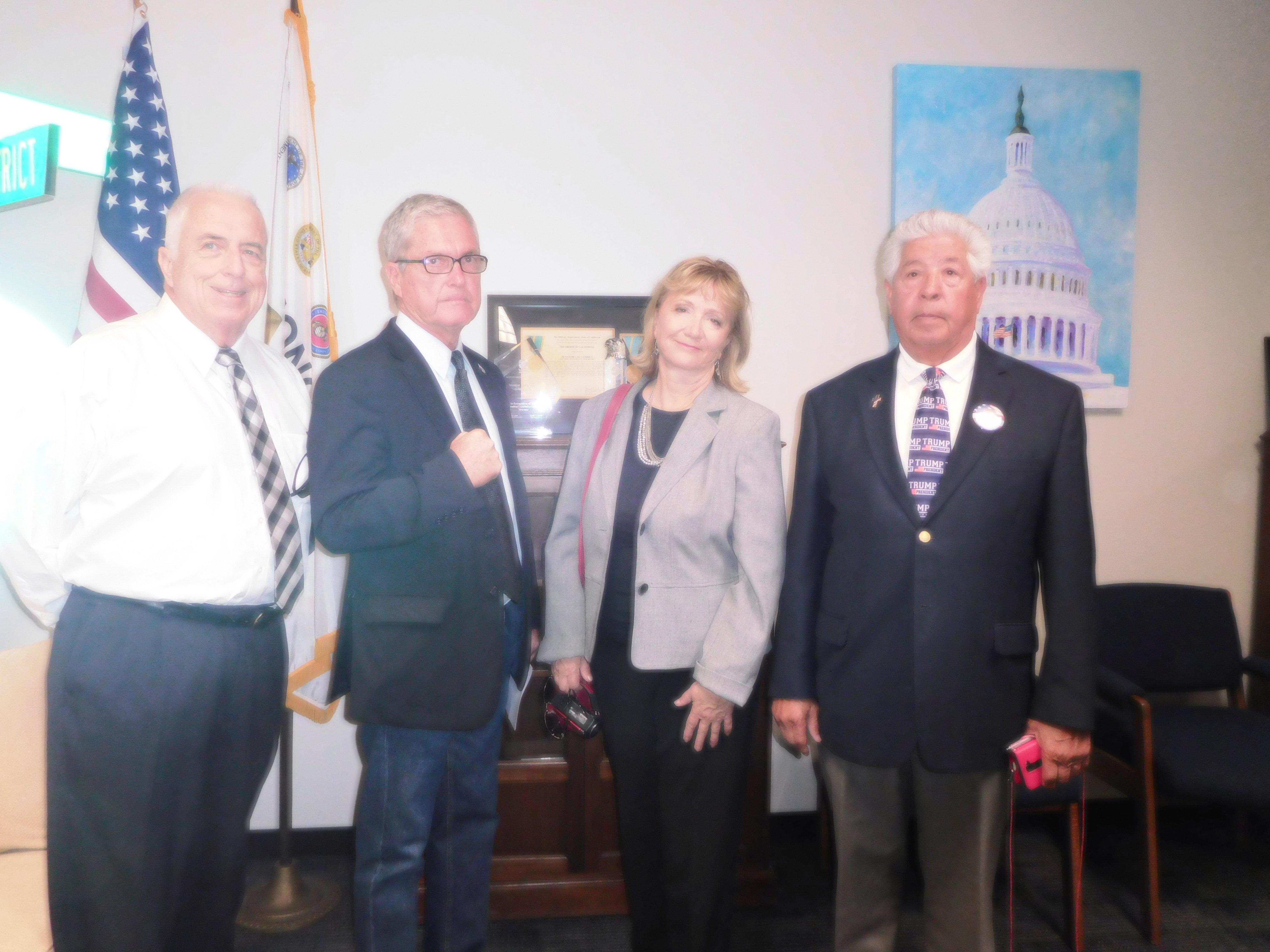 On 6/22/17, during Rep Lou Correa’s open house reception, Citizen Lobbyists discovered a student art entry that depicts the Statue of Liberty wearing a hijab. According to the Muslim faith, a woman who wears a hijab is a devout Muslim.

A Muslim definition of what a hijab signifies, shown below, was presented in the packet to Rep Lou Correa in order to clarify that the painting of the Statue of Liberty, in a hijab, signals that she is a Muslim. Displaying this painting in a U.S. House of Representative’s office is a violation of the separation of church and state, according to a legal consultant who analyzed this issue. 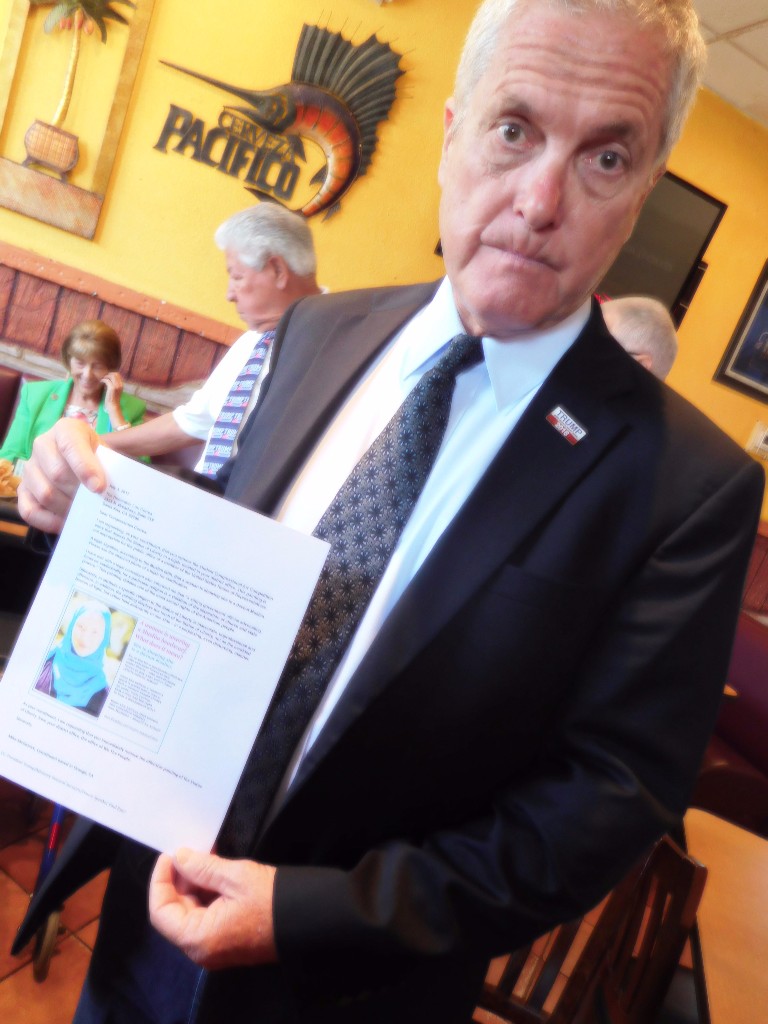 Mike McGetrick met with constituents and distributed flyers to residents in the district last week. 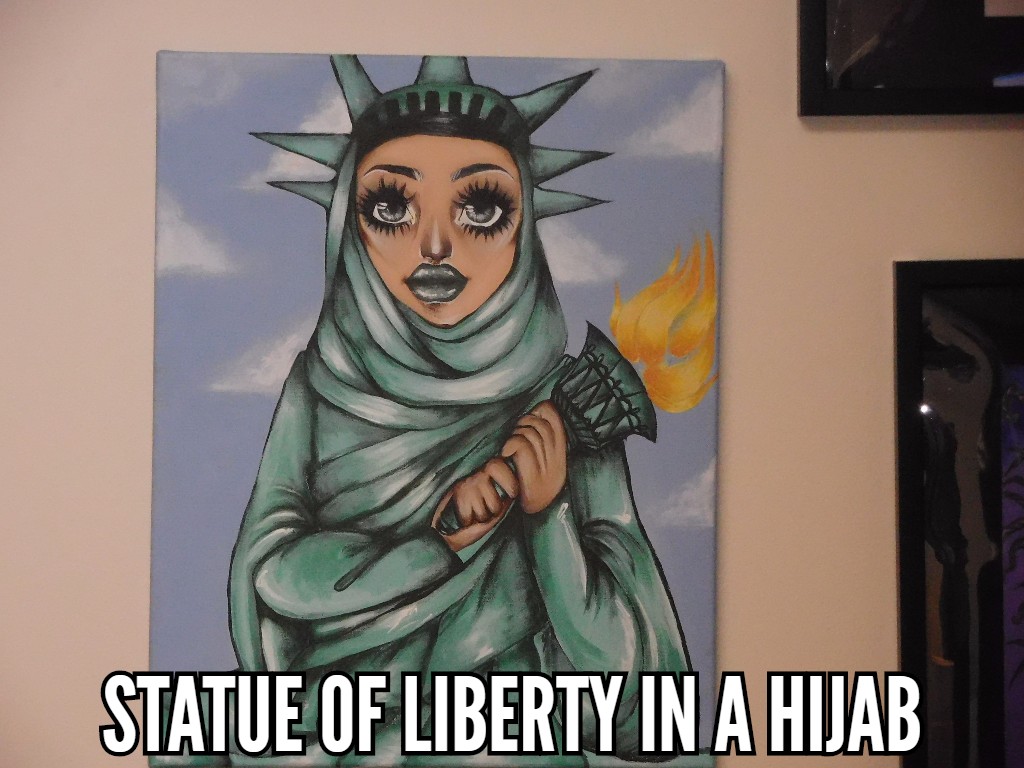 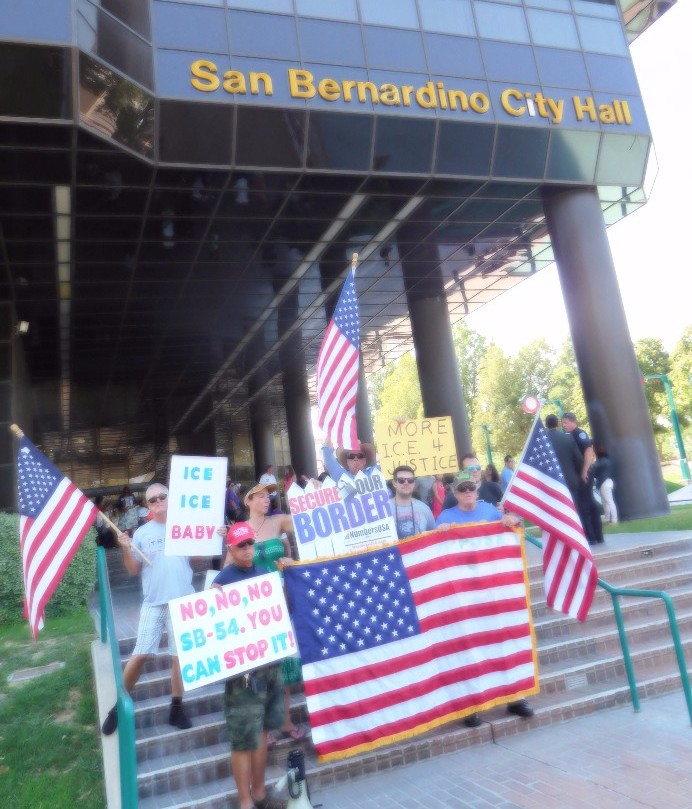 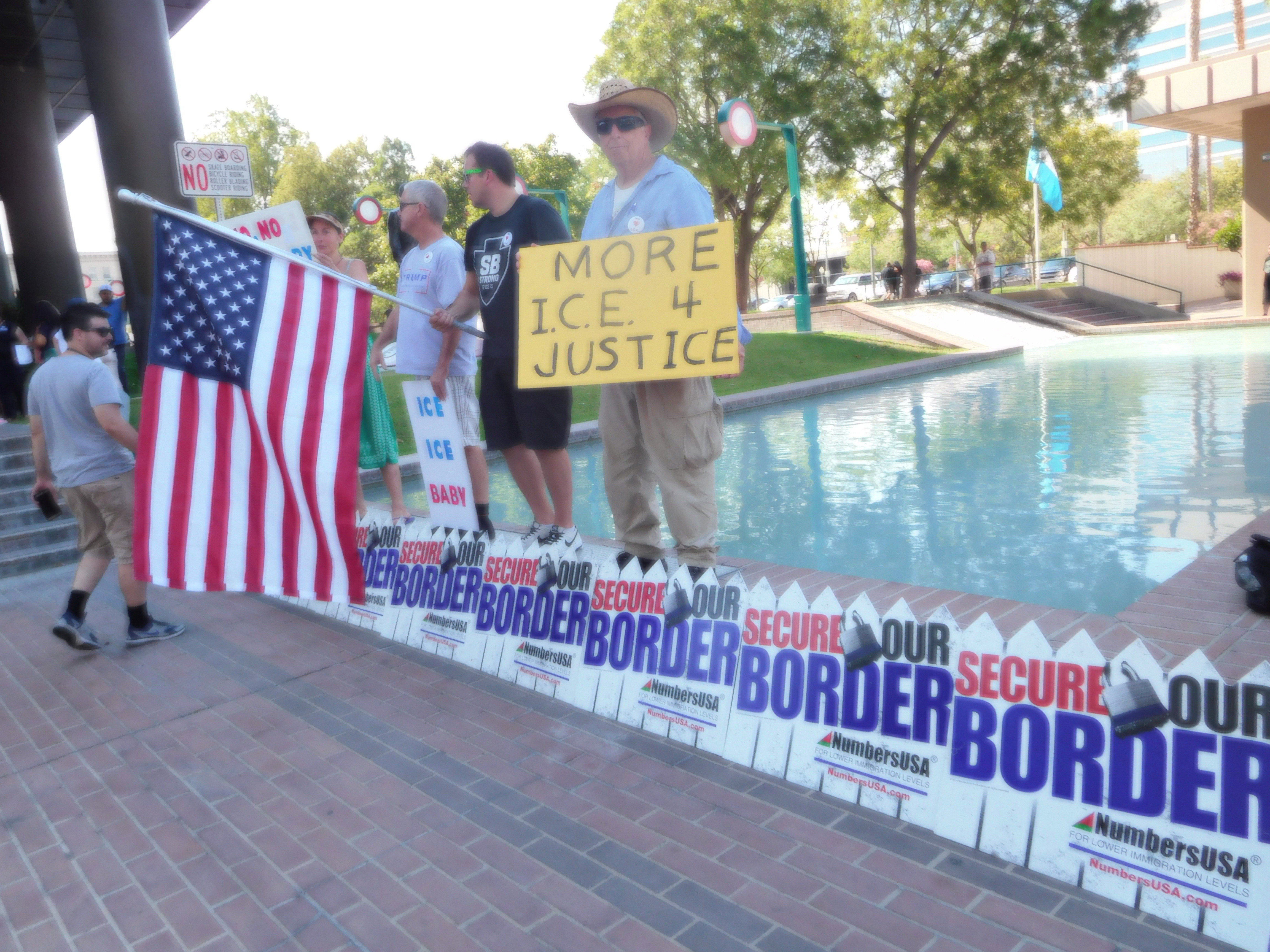 As the “clergy” and pro illegal groups arrived, a “fence” had been “constructed” along the walkway to the press conference. 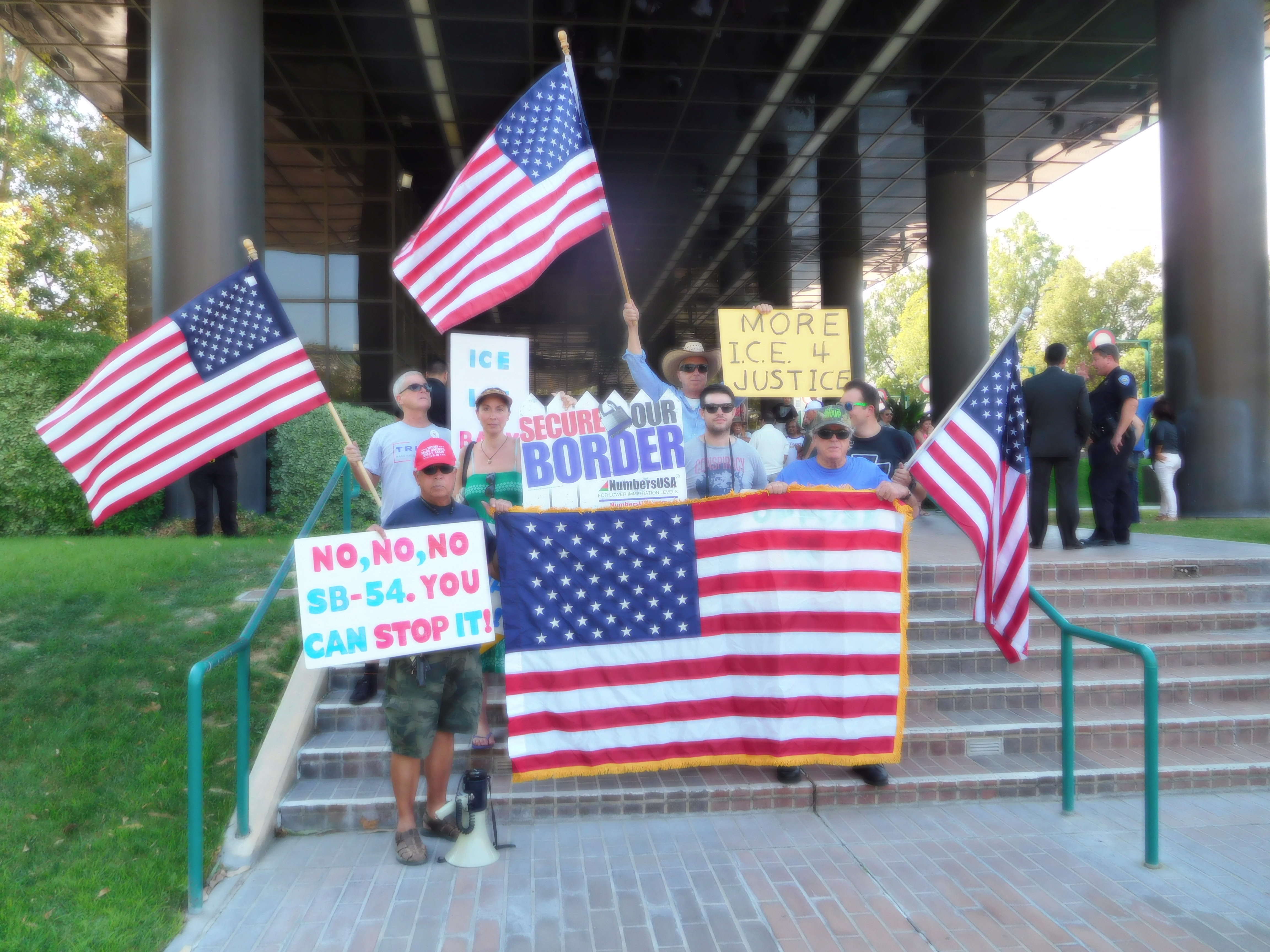 http://iecn.com/chief-burguan-san-bernardino-not-sanctuary-city/
San Bernardino Police Chief Jarrod Burguan said Thursday that San Bernardino is not a ‘Sanctuary City’ and will have a hard time complying with Attorney General Jeff Sessions’ requests to show they comply with immigration authorities.

The Justice Department sent letters to Burguan and four other police departments earlier Today, asking them to confirm their cooperation with U.S. immigration officials or face losing federal assistance to confront crime.

Sessions is asking for the aforementioned cities to honor requests from the Department of Justice to contact the Department of Homeland Security 48 hours prior to releasing undocumented immigrants and possibly detain them for up to 48 hours to permit immigration authorities to take over custody.